Another hit and miss by far-right protestors 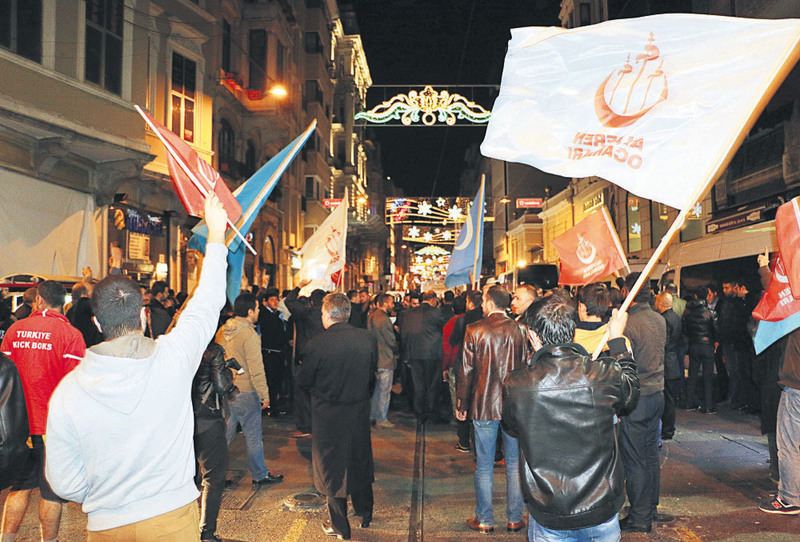 by Daily Sabah Nov 23, 2015 12:00 am
A group of far-right demonstrators in Istanbul, who were protesting against the Russian bombing campaign targeting Turkmen villages in northwestern Syria, threw eggs at the neighboring Dutch Consulate by mistake.

Far-right demonstrators, who in the past attacked a group of Korean tourists while protesting against Chinese clamp down on Uighurs, once again missed their target, confusing the flags of Russia and the Netherlands.

The group, said to be from the Alperen Hearths, gathered at the Tünel area of the commercial thoroughfare İstiklal Avenue Friday night and started walking toward the Russian Consulate on the same avenue. However, the group stopped about 100 meters before their intended target, egging the Dutch instead. The Netherlands' Istanbul Consul-General Robert Schuddeboom, in a Twitter message, said, "Often angry Turkish demonstrators mistake us for our close neighbors [Russian Consulate]. Like tonight, throwing eggs." Another far-right group was able to locate the Russian Consulate in Istanbul, protesting Russian actions in Syria before reciting the Quran and then dispersing.
RELATED TOPICS