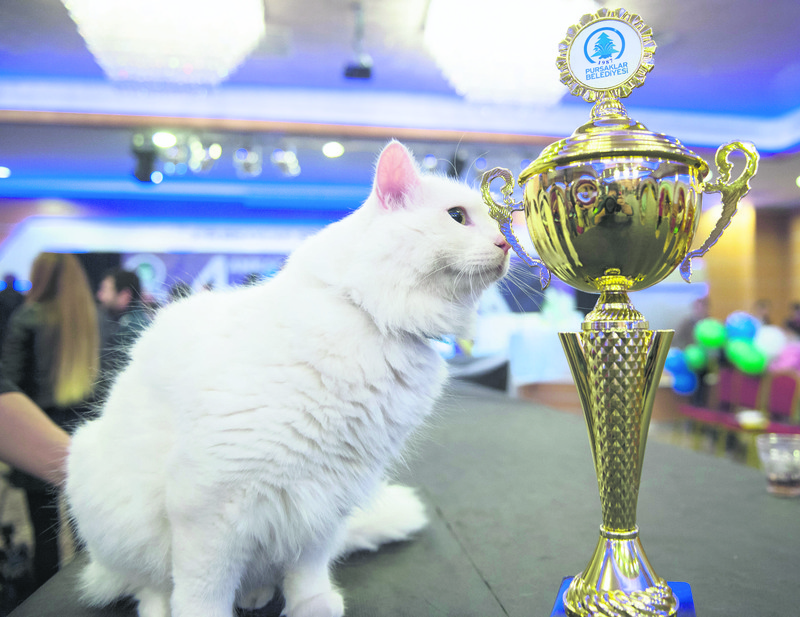 by Anadolu Agency Nov 23, 2015 12:00 am
Ateş, a 4-year-old Turkish Angora, triumphed in the fourth Beauty Contest for Turkish Angoras held in Ankara last week organized by the Pursaklar Municipality. Seventy-four Turkish Angora cats, a unique breed developed in central Turkey, participated in the contest. Appearing with their owners, the cats were examined by a jury. They were given scores based on their age, weight, face shape, the thickness of their tail and the fur on their paws and ears. Nevin Akan, Ateş's owner, said she got him from a zoo when it was one-and-a-half months old. Pançık and Lord Bonzai, two other Turkish Angoras, came second and third, respectively, in the beauty contest. 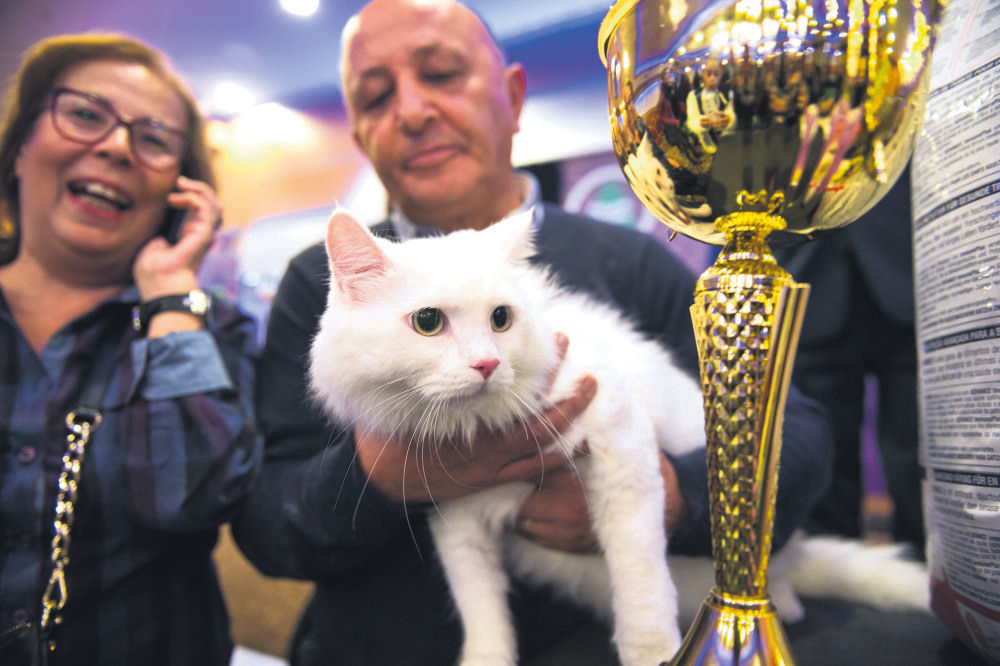 Ateş won 15 kilograms of cat food and the cat's owner won a trip to Italy. Lord Bonzai, who took third place, first appeared in a Russian cat show. Canan Cengiz, a Russian Turkish citizen, said she found the cat in the contest. "He was a month old at that time. Now, Lord Bonzai is 10 months and weighs 10 kilogram. I have played with cats since childhood as my mother is a vet. I am very happy," she said. Pançık's owner won a Mediterranean tour and the cat took home 5 kilograms of cat food. Lord Bonzai won 3 kilograms cat food and his owner won a Black Sea tour. Mayor Selçuk Çetin told Anadolu Agency that the contest has become an annual event to protect Turkish Angoras facing the risk of extinction.
RELATED TOPICS