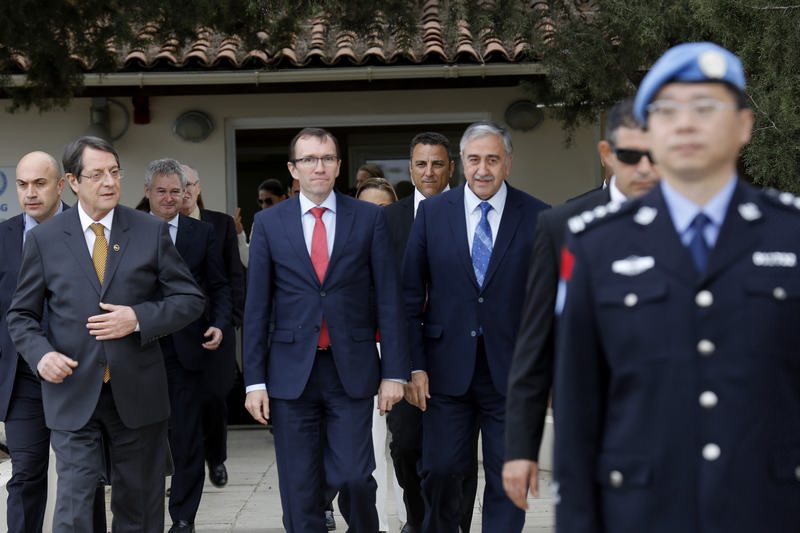 by Anadolu Agency Nov 25, 2015 12:00 am
Talks on reunifying Cyprus have made more progress in the last five months than in the preceding 47 years, Turkish Republic of Northern Cyprus President Mustafa Akıncı said Wednesday.

"Progress has been made in the last five months that could not be achieved over 47 years," Akıncı told a Lefkosa news conference following five hours of negotiations with his Greek Cypriot counterpart and Espen Barth Eide, the UN special adviser on Cyprus.

He added that the process was "moving forward fast" and said he expected a solution in months rather than years.

Asked by a journalist if a solution could be expected by May, the president replied: "Our aim and desire is that. And it's not only our goal."

Akinci, whose election in April seems to have given a boost to the talks, said the island's two communities would establish a joint education committee to bridge both sides and create a "peace culture".

Further talks will be held on Dec. 4, a day after U.S. Secretary of State John Kerry is due to arrive to encourage the UN-facilitated talks. British Foreign Secretary Philip Hammond recently held talks with both leaders and said the "stars are beginning to align" for a solution in Cyprus.

In September, Akinci said he wanted to see Cyprus adopt a federal structure of two zones.

The island was divided after a 1974 military coup in Greece led to Turkey's intervention. Northern Cyprus, which declared its independence in 1983, is only recognized by Turkey while the Greek Cypriot administration is an EU member with a seat in the UN.