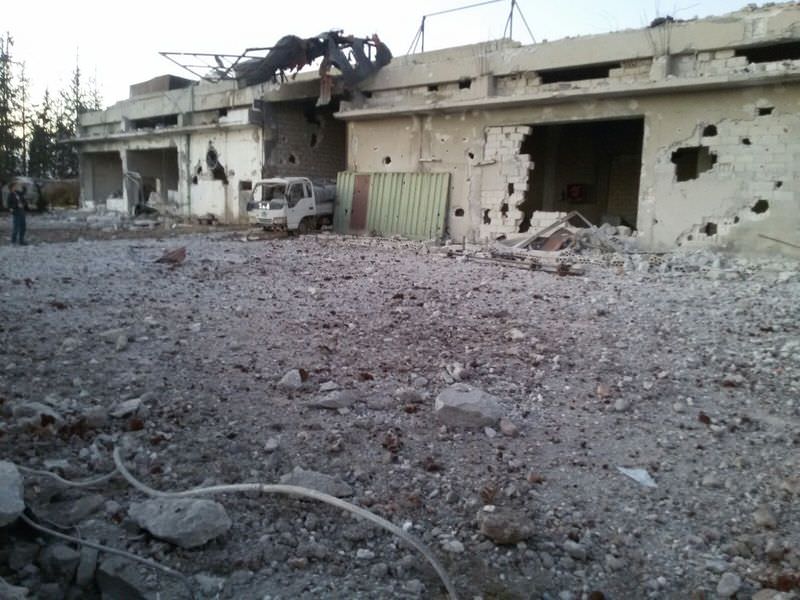 
A bread bakery established by the Foundation for Human Rights and Freedoms and Humanitarian Relief (IHH), Turkey's largest humanitarian aid organization, has been hit by Russian airstrikes in Syria's Idlib.

IHH's official Twitter account shared a video on Sunday, showing the airstrikes that hit the bakery which produces around 16,000 loaves a day for Syrian people.

Russia has long been claiming that its airstrikes purely target Daesh positions however there is no Daesh presence in Idlib's Serakib province.

According to IHH officials, Russian jets first targeted positions close to the bakery as a warning, but as the people in the bakery left the airstrikes demoslihed the building. Fortunately, no one has been killed or wounded.

Meanwhile, at least five Russian airstrikes have targeted humanitarian aid trucks coming from Turkey to aid Syrian refugees in the past two days.

Russia began air operations in Syria on Sept. 30 with the aim of supporting the embattled regime of Bashar al-Assad.

While the Kremlin says the airstrikes target the Daesh militant group, some members of the NATO alliance believe Russia is targeting groups opposed to Assad, including some supported by the U.S. and Turkey.
Last Update: Feb 25, 2016 3:28 am
RELATED TOPICS