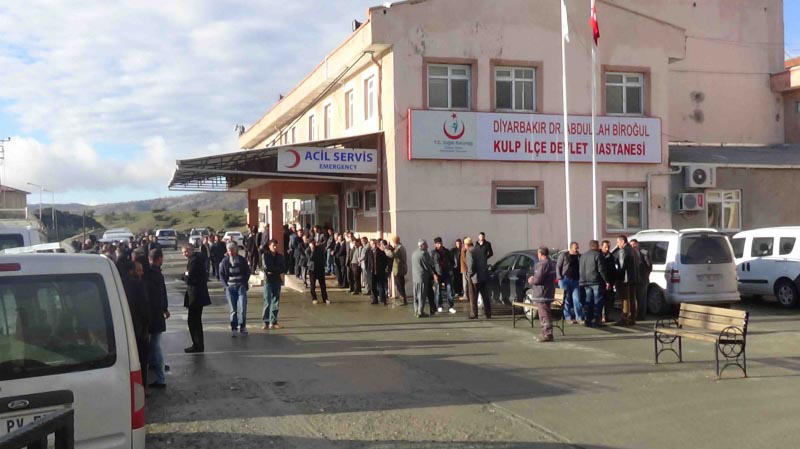 | DHA photo
by Daily Sabah with Agencies Dec 01, 2015 12:00 am
Six children have died on Tuesday as a result of fire at a building where they were receiving religion lessons in Turkey's southeastern Diyarbakır province.

Three other children were injured in the fire at the school in Karaağaç village.

The building houses a religious school for teaching the Quran to students aged 16 to 23. More than 15 students were inside the building when the fire broke out.

Some of the children survived by jumping out of windows. Three boys were being treated for smoke inhalation in hospital, medical officials said.

An electrical heater is believed to have caused the fire, according to media reports.

The local prosecutor has launched an investigation and the head of Turkey's Presidency of Religious Affairs (DİB), Mehmet Görmez, has appointed two inspectors to look into the incident.
Last Update: Dec 01, 2015 3:04 pm
RELATED TOPICS