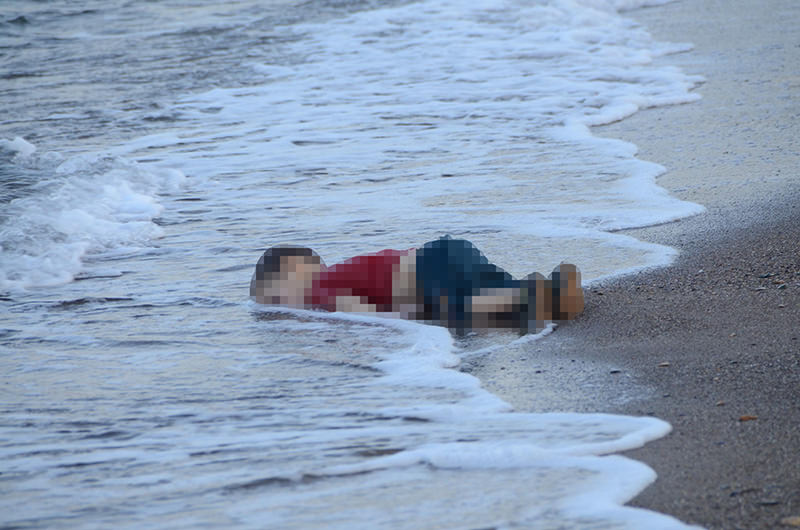 | DHA photo
by Daily Sabah with Agencies Dec 10, 2015 12:00 am
Three-year-old Syrian refugee Aylan Kurdi's photograph, whose body was found washed up on a Turkish beach in September, has been chosen as one of the Time magazine' top 100 photographs which marked the 2015 -- a year which has been dominated by the migrant and refugee crisis in Europe.

"A paramilitary police officer investigates the scene before carrying the lifeless body of Aylan Kurdi, 3, after a number of migrants died and others were reported missing when boats carrying them to the Greek island of Kos capsized near the Turkish resort of Bodrum on Sept. 2, 2015," the caption of the photo read.

Many photos of the collection are from war zones as well as many other countries affected by the refugee crisis.

Aylan was buried in the Syrian town of Kobane. Aylan's four-year-old brother, Ghaleb, and their mother Rihana also drowned when their boat sank. His father Abdullah was the only family member to survive and has returned to Kobane to be close to the graves of his wife and children.
Last Update: Dec 10, 2015 12:24 pm
RELATED TOPICS