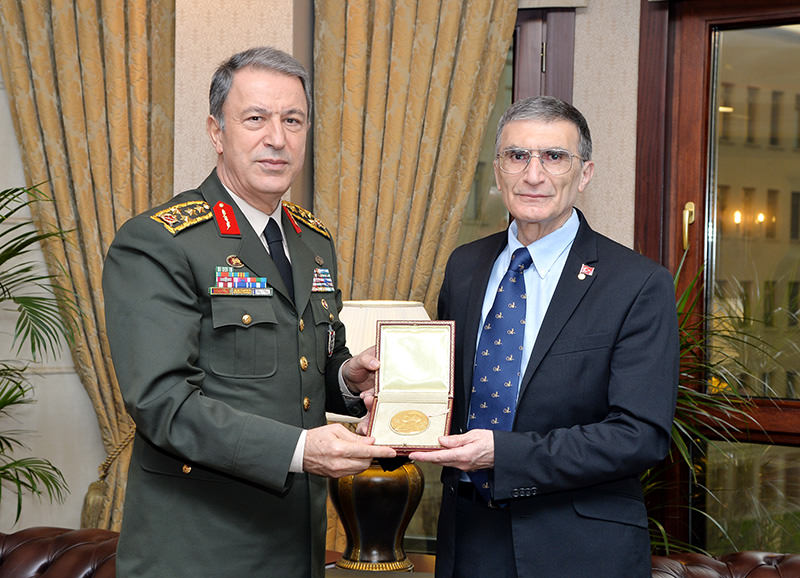 by Daily Sabah Dec 15, 2015 12:00 am
Aziz Sancar, Turkish biochemist who was recently awarded with the Nobel Prize in Chemistry along with Swedish Tomas Lindahl and American Paul Modrich, handed over his medal and certificate to be exhibited in modern Turkey's founder Atatürk's tomb.

Following a meeting with President Recep Tayyip Erdoğan, Sancar met with Turkey's Chief of Staff of the Armed Forces Hulusi Akar. In the meeting, Sancar handed over his medal and certificate to be exhibited in Anıtkabir, Atatürk's mausoleum administered by the military in the country's capital, Ankara.

The armed forces stated that a project will be initiated to set up the proper exhibition spot for Sancar's medal and certificate, which will be inaugurated with a ceremony on May 19, 2016, coinciding with Turkey's "Youth and Sports Day", marking the beginning of the War of Liberation in 1919.

Sancar was announced to be in attendance of the ceremony.
Last Update: Dec 15, 2015 5:01 pm
RELATED TOPICS