Father's anguish over dead children testament to plight of migrants 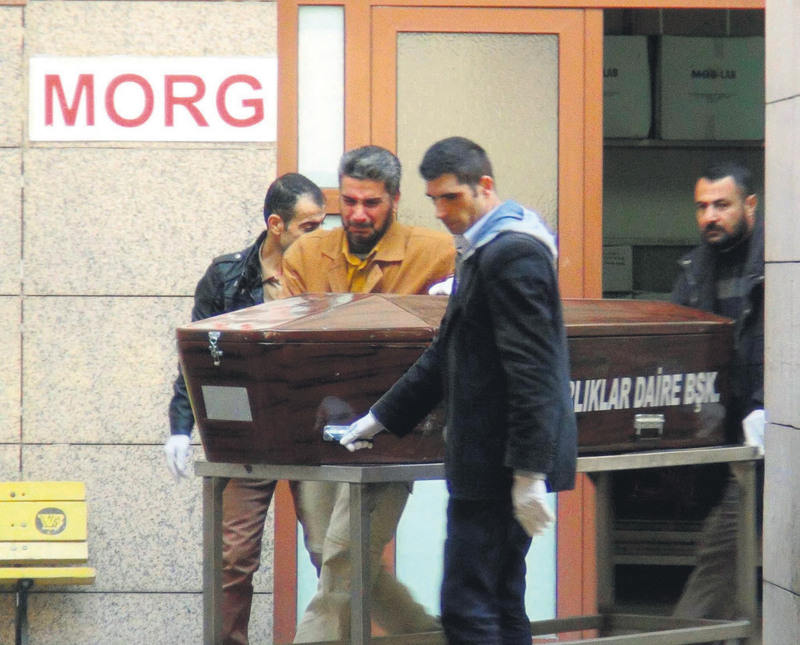 For Syrian father Ali Alsaho, who lost seven children in one of the many boat disasters claiming the lives of migrants as they try to reach Greece, it was a heartbreaking reunion yesterday when the bodies of three of his children were brought to him, a small number compared to the more than 600 who have died this year on the Aegean Sea

In a tearful moment on Wednesday, Syrian national Ali Alsaho claimed the bodies of three of his children who lost their lives when a boat full of migrants sank on its way to Greece, after a coroner's office in western Turkey completed their autopsies. They are among the more than 600 people who have died on the Aegean Sea after setting off from Turkish coasts to reach Greece. Alsaho still awaits the return of his wife and their four other children who all went missing after their boat sank.

Alsaho, a Syrian businessman who was forced to flee his country due to the ongoing conflict, was the subject of a story featured in Daily Sabah last week. His story is no different than that of many other migrant parents who have lost their children in perilous journeys from Turkey to Greece. His wife and seven children went missing three weeks ago when a boat carrying the family of nine sank in the rough waters of the Aegean between Turkey and Greece. As images speak louder than words, the photo above showing the father desperately wailing outside the Turkish morgue where the recovered bodies of his three children were held is like the countless other images we have seen which reflect the drama experienced by refugees. It is eerily similar to the image of Aylan Kurdi, a 3-year-old Syrian boy, who, like Alsaho's children, drowned while heading to Greece. A photograph of the little boy's lifeless body washed up on a Turkish beach triggered a worldwide outpouring of sympathy when it surfaced in September. It has prompted strong reactions from Europe, the ultimate destination of most refugees, which has scrambled to accommodate the influx of refugees.

The greiving father of seven fled Deir ez-Zor in eastern Syria after it was ravaged by clashes between forces loyal to Syrian President Bashar Assad, rebels and DAESH terrorists. He arrived yesterday at the Forensics Institute in İzmir, some 87 kilometers away from the popular vacation resort town of Çeşme where the family had left for Greece. The institute was holding the bodies of his 9-year-old daughter Amar, 7-year-old Shahazaran, 4-year-old Sajida and 2-year-old Muhammad who were kept for autopsies and identification. He already knew they were his children, lying in the morgue covered with white blankets, but the formal procedure required him to look at them to confirm their identities. Alsaho looked at their lifeless bodies and put them into small coffins he personally carried to a small pickup outside. Overwhelmed by grief, Alsaho leaned on the wall of the morgue and wept for minutes before leaving. He will now accompany the bodies to his hometown in Syria.

He has no plans to embark on the potentially deadly journey to Greece again, but he will return to Turkey to await the recovery of the bodies of his wife Aisha and their three other children, 4-year-old Jannat, 1-year-old Omar and 20-day-old infant, Islam.

"I didn't choose to go to Europe but I was forced to. Assad and Russian planes were striking us. We had to go. May God help all Syrians and ease their pain. We suffered and are still suffering," a tearful Alsaho told reporters.

It is not known how the international community will react to images of a grieving father showing the desperation and uncertainty awaiting millions displaced by the five-year conflict in Syria, aggravated more so by DAESH. The one thing that remains clear is that the conflict in Syria, the main source of the refugee crisis that is sending millions off on a journey to the unknown in the cold waters of the Aegean, will continue as the U.S.-coalition faces criticism - accused of taking only minimal efforts via airstrikes on DAESH - to end the conflict in Syria.

Meanwhile, the mortality rate will likely continue to rise with the onset of winter, which makes the already dangerous sea voyage even deadlier. Yesterday, four children drowned off the coast of Bodrum, a western Turkish town, along with three infants, when the boat that was carrying them sank en route to the Greek island of Kos. Sixty people survived and were rescued from the capsized boat by the Coast Guard.
RELATED TOPICS