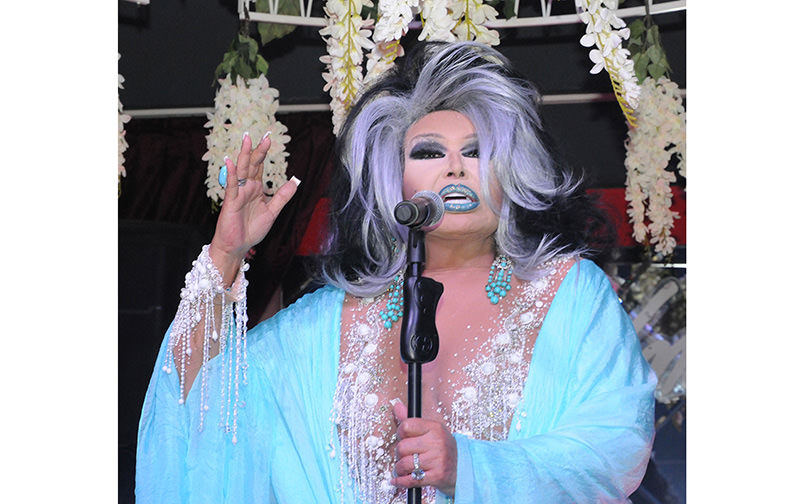 | DHA photo
by Daily Sabah Dec 21, 2015 12:00 am
Turkey's beloved diva Bülent Ersoy allegedly last week bought all sizes of a particular dress she liked but could not fit into, saying, if the dress could not be hers, no one else should have it, Turkish media outlets reported on Sunday.

Bülent Ersoy, a Turkish actress, transwoman celebrity and popular singer of Ottoman classical music, allegedly visited a clothes-store of world-famous, luxurious brands last week in Istanbul's Levent district, where she found a very appealing dress. The store, however, did not have Ersoy's size 44, upon which the famous singer said, "If this dress cannot be mine, then it should not be anyone else's," and bought all the sizes of the dress.

Ersoy allegedly paid a total of TL 16,000 ($5,502) for the dresses, which she would not wear, but at least ensure that no one else would either.

The diva's transgender status, sense of fashion, talent, and successful relationship with the media has given Ersoy iconic status in Turkey. She is quite a popular public figure in the country, with her stage performances and her duty as a jury member on the music contest Popstar Alaturka.
Last Update: Dec 21, 2015 12:13 pm
RELATED TOPICS