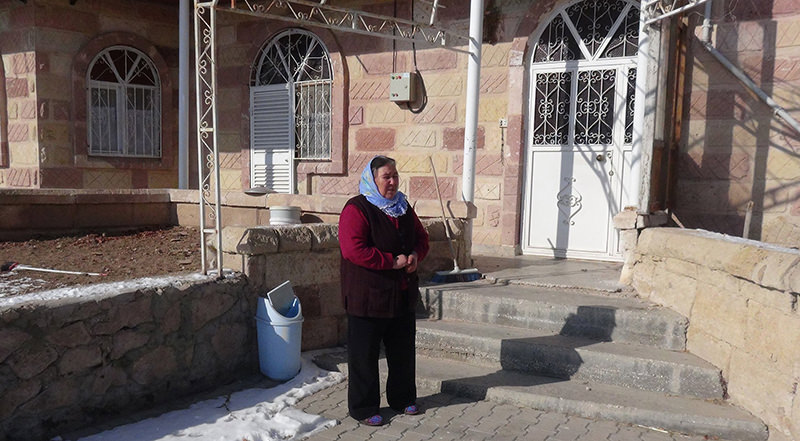 | IHA Photo
by daily sabah Jan 02, 2016 12:00 am
A 65 year-old man in central Aksaray province has reportedly poisoned his wife to rob everything in the house including money, gold, and even coffee and tea, to run away with a 30-year old woman who had rented their house only a few months ago.

According to reports, the father of four, Zeynel D., who had been married for 38 years had a secret affair with his tenant, who is also married and has two kids.

Zeynel D.'s heartbroken wife Cennet D. claimed that the two had planned to run away, and poisoned her over time, in order to steal gold worth 100,000 Turkish liras, one kilogram of pearl, 600 euros and property deeds.

But money and gold were not the only things the couple stole as they ran away. They had reportedly taken everything in the house from furniture to appliances, to coffee, tea, cream and more.

The wife said that her husband has been unemployed for the past 25 years and she bought the house, with her own earnings.

"I never expected such a thing from this man. He's been my husband for 38 years and we have four children" Cennet D. said, and added that she has not been feeling well and cannot move, while she noted that her husband calls her to threaten her with death.

She continued by saying that she's filing for divorce and has also filed a complaint to the police for her husband's death threats.