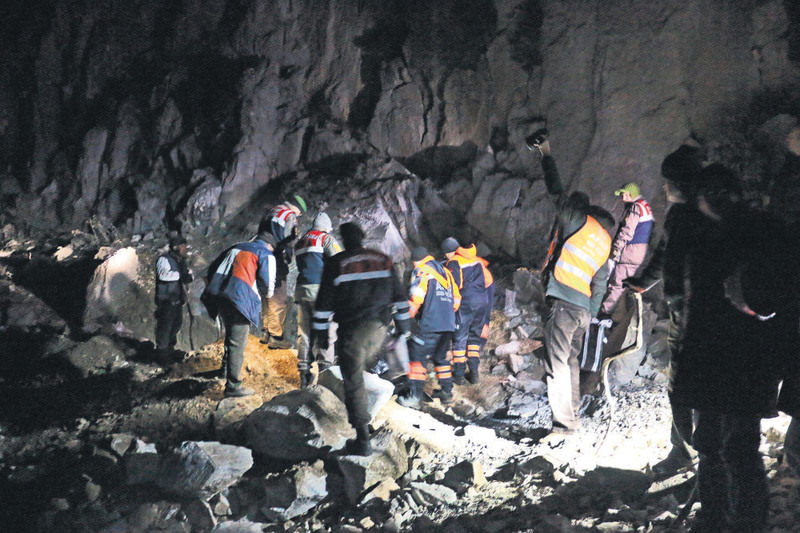 by Anadolu Agency Jan 04, 2016 12:00 am
One person died and another was injured hunting for treasure in a rocky area in the Acıpayam region of Denizli after detonating a homemade explosive. Bomb disposal experts who arrived on the scene destroyed another homemade bomb in a controlled explosion.

According to reports, five people carrying a pickaxe, shovel, drills, a generator, sugar, gunpowder and sulfur went to the area on Saturday afternoon intending to set off an explosion. The treasure hunters then drilled into the solid rock before placing the explosives into holes. The explosion killed 56-year-old Recep Tekin and injured 28-year-old Gürkan Özmen. The other treasure hunters then called for help. It took the gendarmerie and doctors an hour to reach the remote location. Özmen, who was taken to Denizli State Hospital, is said to be in stable condition after sustaining injuries to his face and chest.

The three uninjured treasure hunters were detained by authorities and an investigation into the incident has been launched.
RELATED TOPICS