Schools in 37 provinces across Turkey closed due to heavy snow 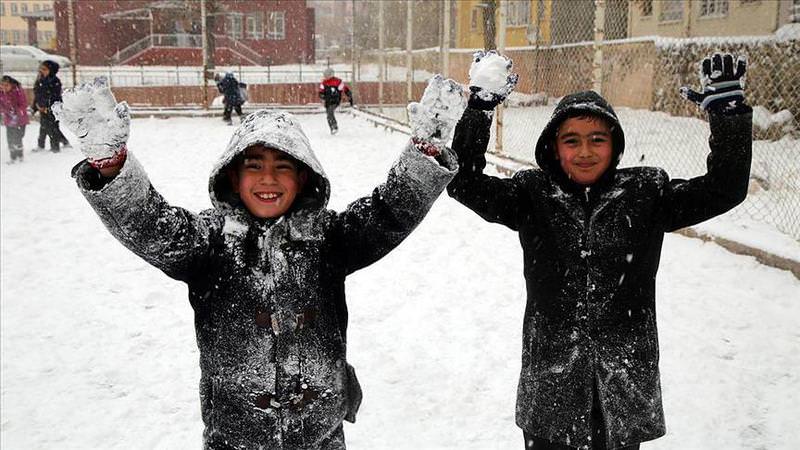 Authorities in 37 provinces including Ankara, Kayseri, Diyarbakır, Rize and Mersin said schools had been shut for one or two days due to weather conditions.

Turkish Airlines announced that flights from Şanlıurfa and Sivas provinces had been cancelled due to the weather.

On Monday, seven people were killed in a bus crash caused by snowy conditions in the central Anatolian province of Kırşehir.

Snowfall across Turkey and temperatures dropping below zero continue to affect daily life one week after a new weather system hailing from the Black Sea wreaked havoc on the western parts of the country. Snowstorms clogged roads, especially in remote villages, while main roads connecting cities in western and northern Turkey have seen a slowdown in traffic due to precipitation.

Snowfall is expected to become less intense this week, according to the weather forecast. Meteorologists say it will be replaced with rainfall, which will continue until the weekend in all cities with a few exceptions in the western cities on the Aegean coast.