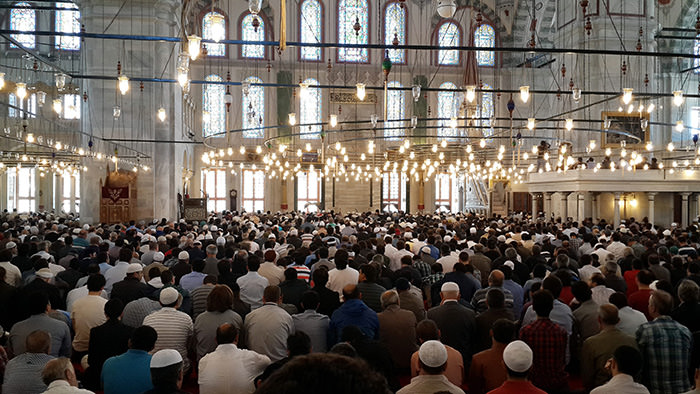 by Anadolu Agency Jan 05, 2016 12:00 am
The government announced yesterday that it will regulate staff breaks at public institutions to allow for Friday Islamic prayer times.

"We have prepared a draft circular letter to adjust working hours on Friday so as not to hamper freedom of worship," Prime Minister Ahmet Davutoğlu said at a meeting. Davutoğlu said that the arrangement will enable public officials to easily perform their Friday prayers without any disruption to full-time work.

Friday prayers are a requirement for Muslim men and must be performed every week in a mosque; prayers usually last for around 30 minutes. The vast majority of Turkey's population is Muslim.

According to current regulations the noontime break generally starts at 12 p.m. and ends at 1 p.m. at public institutions. Some provide a noon break between 12:30 p.m. and 1.30 p.m.

The Presidency of Religious Affairs has set the call for Friday prayer at 12 p.m. during winter while it is recited at 1 p.m. in the summer.