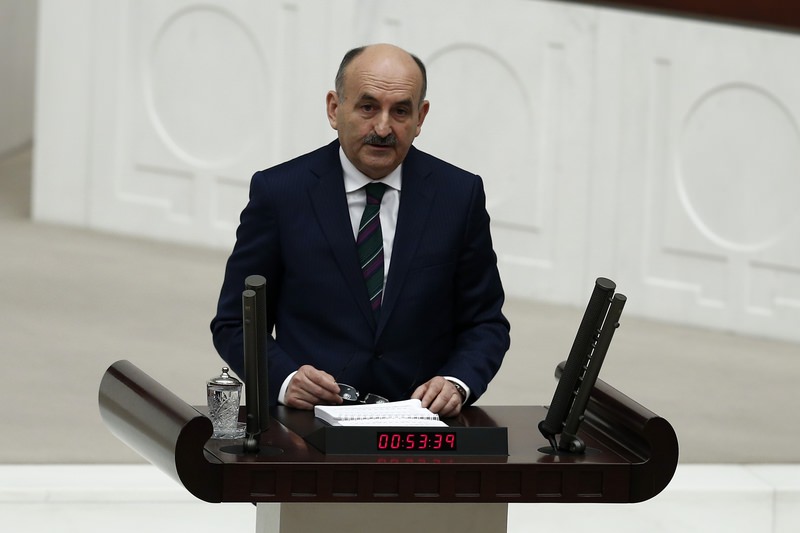 by daily sabah Jan 06, 2016 12:00 am
Speaking after the general assembly of the parliament, the Minister of Health Mehmet Müezzinoğlu announced on Tuesday that eight people diagnosed with the H1N1 virus, in other words the swine flu, had died.

Müezzinoğlu stated that six of the eight were people with chronic illnesses and one was a pregnant woman, while adding that the other had no health issues, which could be alarming.

"We have seen an increase in viral infections in the last 10 days," said Müezzinoğlu, warning the public to take extra care of their hygiene and follow healthy diets.

He also highlighted that flu vaccines were provided by the ministry for free and urged those who are under high risk of infection - people over 65 years of age, patients with chronic illnesses and those with weak immune systems- to get shots as soon as possible.

Stating that life expectancy at birth has increased approximately 4,5 years between 2002 and 2015, he said that there are only four countries in the world that have been able to achieve this figure.

"South Korea, Estonia, Maldives and Lebanon are the only countries except us that could increase the expectancy at such a rate. Life expectancy in men increased from 70,5 to 74,8 and from 72,5 to 77 in women between these years," he added.

Müezzinoğlu also said that the infant mortality rate decreased from 31,5 to 10,3 per thousand and to 7,6 for infants over 28 months, while the maternal death rate dropped from 45 per hundred thousand to 15,2.

Underlining that regulations in Turkey regarding bottled water and drinking water complied with the European Union standards, he said: "The regulations in the European Union are implemented in our country. Bottled water and drinking water are put to tests in which the water source is analyzed according to 56 parameters including radioactivity. Only if the water source is in line with the standards, then we allow it to be bottled."

Assuring the public that there is no need for an alarm yet, he added : "Our citizens can rely on the water quality in our country."

Müezzinoğlu had previously confirmed on Monday that two of the three people who lost their lives over the weekend in southern Adana province, had swine flu.

Swine flu was first reported in Turkey in 2009. Initially a strain of flu transmitted to humans from pigs, it mutated into a virus that can be transmitted between humans. Its main symptoms are fever, cough, a sore throat and joint pains.

It is an airborne virus that spreads through coughing and sneezing, and doctors warn the public to wash their hands frequently and stay away from suspected patients. The virus is usually lethal among pregnant mothers and infants, although it can also affect those with existing chronic illnesses and a weak immune system.
Last Update: Jan 06, 2016 2:21 pm
RELATED TOPICS