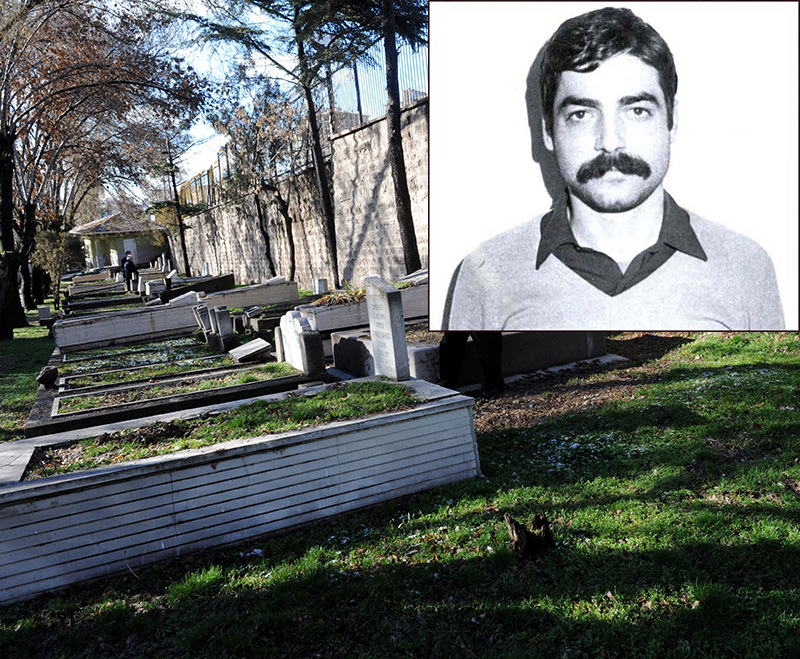 by Daily Sabah with Agencies Jan 07, 2016 12:00 am
Turkish authorities have transferred the body of a militant from the Armenian militant organization ASALA to France, 33 years after he was hanged for killing nine people and injuring 72 others in Ankara's Esenboğa International Airport.

The deadly attack was carried out in 1982 by Zohrab Sarkissian and Levon Ekmekjian in 1982, when both men detonated a bomb in the middle of the crowded check-in area at Ankara's international airport, and then opened fire with submachine guns on passport-control officers and passengers.

The corpse of Levon Ekmekjian, a Lebanese Armenian, was flown to France following an appeal to the Turkish interior ministry from his family, who wanted the body to have a religious burial there.

Turkish authorities last week informed the family through their lawyer Eren Keskin that the interior ministry had agreed to their request for the transfer of the body.

The location of the corpse in Ankara's Cebeci cemetery was confirmed and the body was then exhumed. It was then sent by air to France.

Ekmekjian was affiliated with the underground so-called Armenian Secret Army for the Liberation of Armenia (ASALA), which carried out a string of deadly attacks in the 1970s and 1980s.