Ship seized off Libyan coast with 13.6 tons of marijuana docked in Turkish port 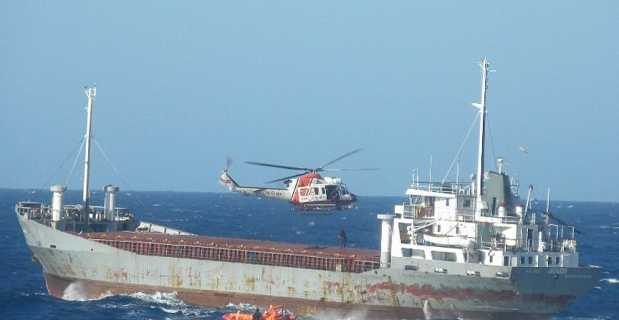 The Turkish General Staff said on its website on Friday that the ship was docked in Aksaz Naval Base Command in southwestern Marmaris district.

On Tuesday, Turkish security forces launched an anti-drug operation in international waters capturing 13.6 tons of marijuana in powder form, reportedly planned to be distributed to European countries, the police said.

Turkish authorities received a notice on Jan. 2, and pursued the vessel from the south of Cyprus, 322 miles from Turkey, 35 miles off Libyan coast and 55 miles off Tobruk Port, in Libya. The operation took place on Jan. 6.

Sources from Mugla police directorate told Anadolu Agency on Friday that no new criminal evidence was found following checks on the vessel after it was pulled into the port by a tugboat.

The operation named "Albatros" was carried out with the support of narcotics and special operations teams from Turkish police.
Last Update: Jan 09, 2016 11:10 am
RELATED TOPICS