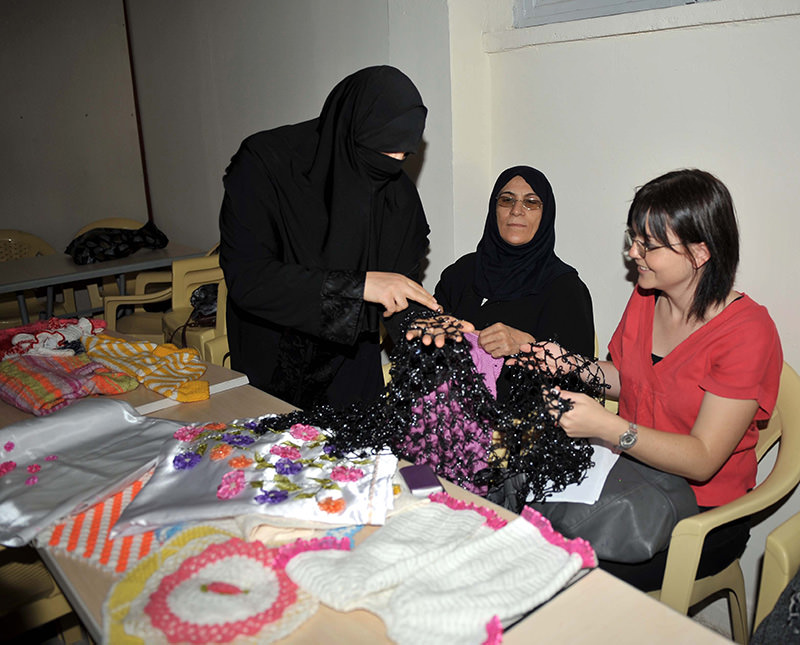 | File photo
by Daily Sabah with Reuters Jan 11, 2016 12:00 am
Turkey plans to offer Syrian refugees work permits in order to ease the pressure on them to migrate, Volkan Bozkır, Turkey's minister for European Affairs, said on Monday.

"We are trying to reduce the pressure for illegal migration by giving Syrians in Turkey work permits," Bozkır said.

The Interior Ministry had before announced that a "work package" was being prepared for Syrian refugees. The regulation that has been sent by the Interior Ministry to the Prime Ministry included a number of topics such as workplace quotas, as well as in which cities and sectors Syrians could work.

Previous reports had stated that a two-part study was being conducted on which sectors and under which circumstances the nearly 2 million Syrian refugees in Turkey could work.

Accordingly, the package was said to aim to officially register Syrian refugees and to prevent the victimization of Turkish citizens in the labor market.

More than 2.2 million Syrians have sought refuge in Turkey from the civil war, now in its sixth year. Another 200,000 Iraqi refugees also shelter there, and migrants from Iran, Afghanistan and Africa all use Turkey as a transit point to Europe.

The Turkish government has been weighing plans to make it easier for Syrians to earn a living.

Currently, refugees under temporary protection can work within the refugee community in Turkey, for example as doctors or teachers in camps.