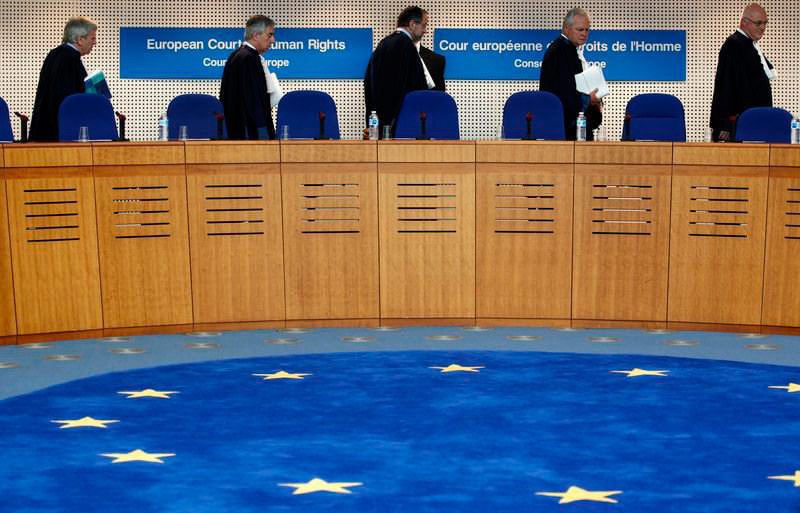 by daily sabah Jan 13, 2016 12:00 am
The European Court of Human Rights (ECtHR) on Tuesday declined appeals for a temporary injunction to lift the curfews imposed in Turkey's southeast, which was affected by PKK clashes with security forces. In the statement released by the court, emphasis was placed on "confidence" in the Turkish government for its decisions.

The lawyers for five citizens from Sur district in southeastern Diyarbakır province and Cizre district in Şırnak province appealed to the ECtHR for a temporary injunction to lift the curfew in areas affected by clashes.

In the appeals, the applicants demanded that the ongoing curfew in several southeastern districts be lifted and security operations against the PKK terrorist organization halted or conducted "in compliance with international standards."

The ECtHR had requested Turkey's Justice Ministry's point of view on the matter, which it submitted on Jan. 8.

According to information gathered by Anadolu Agency, the court rejected the appeals citing lack of necessary data and evidence for a temporary injunction.

"With the current serious condition in southeastern Turkey in consideration, the court asserts its confidence in the Turkish government's commitment to take steps to ensure necessary care of or help to civilians living in the areas where curfews are declared," the ECtHR said in its statement.
Last Update: Jan 13, 2016 3:46 pm
RELATED TOPICS