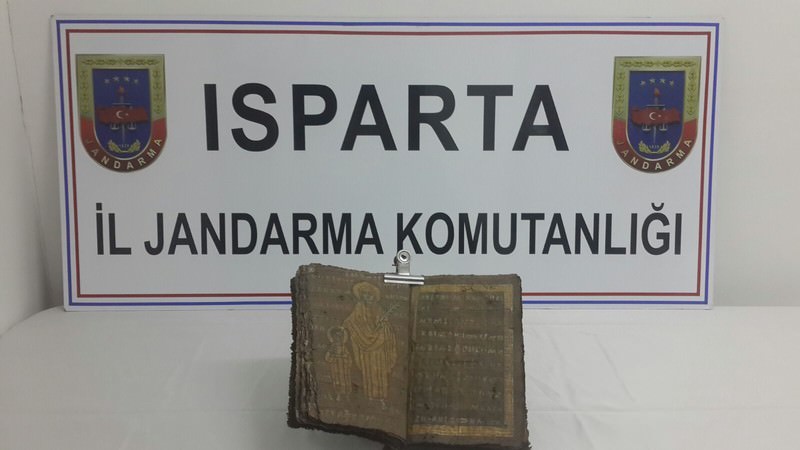 by daily sabah Jan 15, 2016 12:00 am
Two people were detained by Turkish police on Friday when they attempted to sell an 800-year-old Bible.

Police in the western Turkish province of Isparta confiscated the ancient Bible and detained two suspects during an operation carried out on the suspects' home after they were informed that the two were marketing historical artifacts.