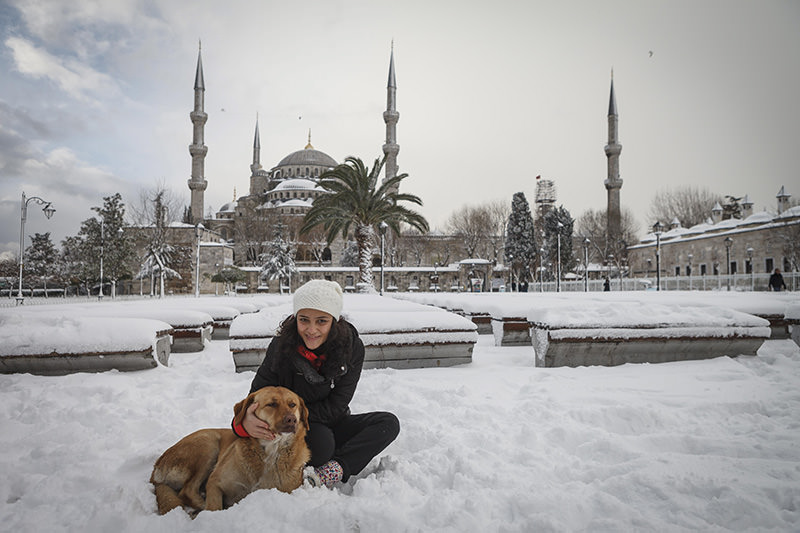 by daily sabah Jan 15, 2016 12:00 am
Meteorologists have predicted imminent snowfall for Istanbul and western Turkey on Monday.

According to the forecast, temperatures will drop to as low as 3 degrees Celsius while snowfall and rainfall is expected to hit the entire country, except a few cities, on Monday.

At least four days of snowfall is predicted for next week.

Last time Turkey's western region was hit by snow was at the beginning of January, after months of relatively warm temperatures. The heavy snowfall had dealt a blow to daily life, leaving roads treacherous and children unable to go to school.

The bad weather brought a string of problems, especially for motorists, while it was most welcomed by children who spent the day building snowmen and having snowball fights as schools were closed.
Last Update: Jan 15, 2016 6:06 pm
RELATED TOPICS