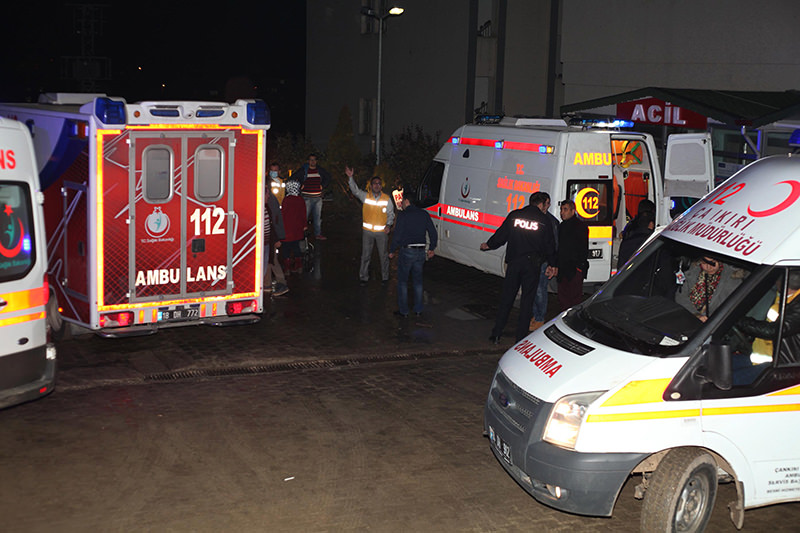 38 of the workers were referred to the district state hospital; whereas 62 were transported to nearby hospitals with 15 of the workers currently in critical condition.

The workers are being kept under close observation for further diagnosis.

Meanwhile, Dogan News Agency reported that 202 workers were poisoned and one of them is in critical condition.

A leak of tetrahydrothiophene, which causes headaches, nausea and palpitations if inhaled, was detected at a nearby furniture factory by a government emergency team.

The compound is used as an odorant in natural and liquid petroleum gas.

The industrial zone in Çankırı province where the leak occurred has been closed until Monday.
Last Update: Jan 17, 2016 4:42 pm
RELATED TOPICS