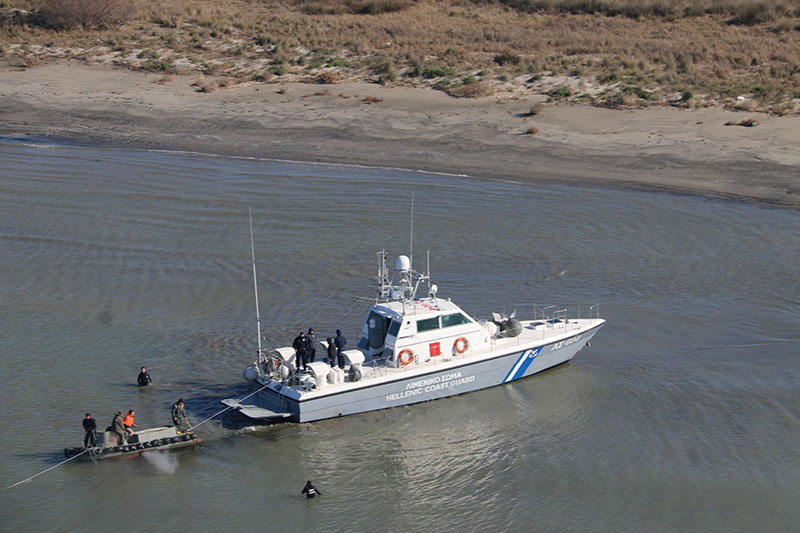 The Greek ship ran into trouble in Turkish waters off the western province of Aydın at around midnight on Friday night.

Greece's rescue coordination center contacted the Turkish Coast Guard to report that one of its vessels ran aground when its engine broke down as it tracked a boat thought to have been carrying refugees, the source said, speaking on condition of anonymity.

Six Turkish Coast Guard vessels and an aircraft helped in the rescue operation.

The coast guards of Turkey and Greece are coordinating efforts to stem the flow of refugees - mostly Syrians fleeing their country's civil war - arriving in EU member Greece from Turkey.

The area where the Greek vessel was tracking suspected refugee smugglers is close to the Greek island of Samos.

An estimated 805 people died in the Aegean Sea in 2015, according to the International Organization for Migration, with more than 850,000 arriving in Greece by sea over the year.
Last Update: Jan 17, 2016 3:10 pm
RELATED TOPICS