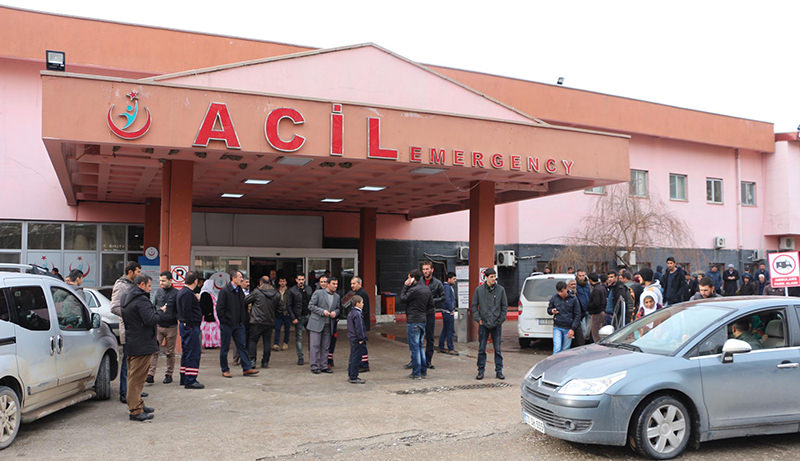 Police officers injured by the terrorist attack have been taken to u015eu0131rnak State Hospital (DHA Photo)
by daily sabah Jan 18, 2016 12:00 am
Three police officers have been killed, and four others have been injured on Monday when PKK terrorists detonated a an anti-tank mine as an armored police vehicle was passing in Turkey's southeastern Şırnak province.

The attack took place in Şırnak's İdil district, near the ditches and barricades erected by PKK terrorists.

The police officers have immediately been taken to Şırnak State Hospital, but three of them succumbed to their injuries.

Two of the four police who were injured are reportedly in critical condition.

The Turkish government has intensified its counterterror operations following the recent attacks carried out by Daesh and the PKK,which is recognized as a terrorist organization by the U.S., the EU and Turkey.

Formed in 1978, the PKK has been fighting for an independent state until the early 2000's. The group then shifted its goal to autonomy in predominately Kurdish inhabited regions of Turkey.

The Turkish Air Force has been carrying airstrikes against the PKK in northern Iraq.