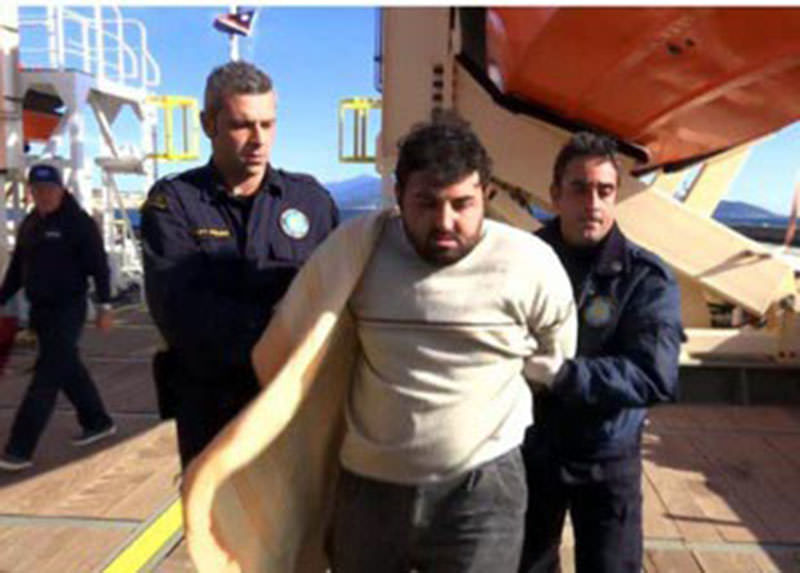 
The captain of a refugee boat, 35 year-old Özkan A. of Turkish nationality, cried as Greek police made him look at three young refugee children's bodies, who drowned as their boat capsized off the Greek island of Agathonisi on Jan. 15.

Özkan A., who reportedly admitted having no experience managing a boat prior to the incident and is a truck driver by profession, was "ordered" to look at the refugees' dead bodies, as a result of which he burst into tears. The 35-year-old man was already reportedly being sought by Turkish police for smuggling refugees.

On January 15, three refugee children drowned to death as a dinghy sank off the Greek island of Agathonisi near Turkey's Didim coast. 20 other people were rescued from the boat.

Greek coast guards then made the boat dock in the island of Samos, and arrested the driver, where he was reportedly forced to kneel and look down on the dead bodies of a four-year-old girl and two two-year-old boys.

Özkan A. first reportedly pretended to be one of the Syrian refugees, but as the police figured out that he was in fact the driver of the boat, the suspect confessed, and told them he was not paid to undertake this job, but instead was made to do it by four men in Turkey.

Turkey's five Aegean provinces, Çanakkale, Balıkesir, İzmir, Muğla and Aydın, are prime spots for refugees leaving Turkey for the EU, with Greek islands lying within sight of the Turkish coast.

Over the past year, hundreds of thousands have made short but perilous journeys across the Aegean in a bid to reach northern and western Europe in search for a better life. Worsening weather conditions in the winter make the trip even more dangerous.

An estimated 805 people died at sea in the Aegean in 2015, according to the International Organization for Migration. More than 847,000 reached Greece via the Aegean Sea, accounting for 80 percent of the refugees arriving irregularly in Europe by sea in 2015.
Last Update: Jan 18, 2016 6:14 pm
RELATED TOPICS