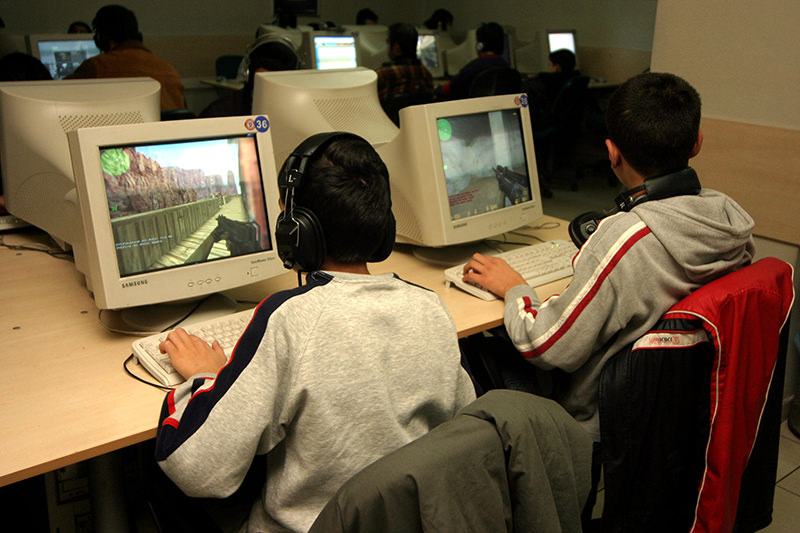 | File Photo
by daily sabah Jan 20, 2016 12:00 am
In its latest move to curb violence among teens and promote healthy psychological development, the Governorate of Turkey's southern province of Antalya on Wednesday banned minors from playing games like Grand Theft Auto (GTA), Call of Duty and Metin 2 in internet cafes and gaming parlors.

A statement by the governorate said that the games were banned under law no. 5561 on the regulation of publications on the internet and combatting crimes committed by means of such publications; on the grounds that they may encourage bad habits such as narcotic abuse, sexual violence, aggressive thinking and behavior, gambling, depression and suicide.

The report of the governorate, citing an earlier report prepared by academics and experts commissioned by the Governorate of Malatya, it was stated that 12 out of 55 examined games were found to have undesirable and adverse effects on children's physiological and psychological development as well as encouraging violent behavior and substance abuse.

With the newly-imposed ban, 12-year-olds will not be able to enter internet cafes and gaming hubs without a legal guardian or parent, while 15-year-olds without any supervision will only be allowed to stay until to 8:00 p.m.

The governorate warned that all businesses and responsible individuals that violate the new rule will be served with an administrative fine.