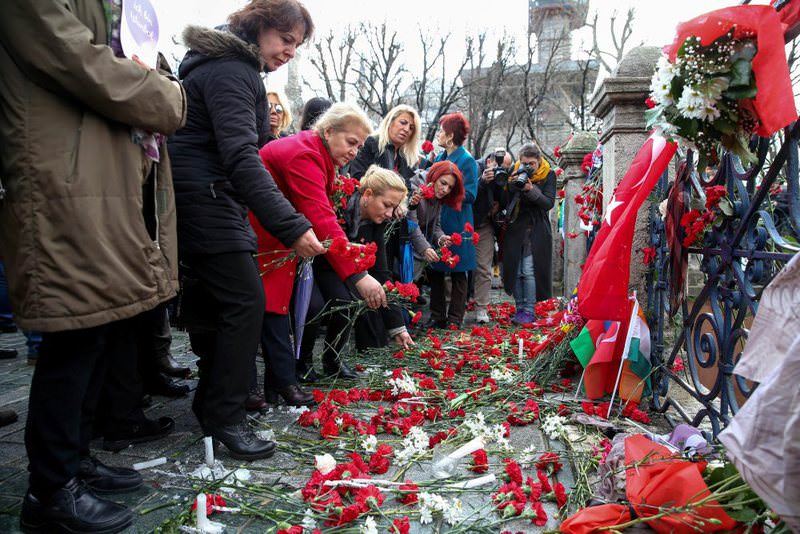 by Daily Sabah with DHA Jan 21, 2016 12:00 am
Germany's top prosecutor Peter Frank was in Turkey in the aftermath of the suicide bombing that killed 10 German tourists.

Frank visited Istanbul where a suicide bombing, blamed on DAESH, claimed the lives of German tourists at Sultanahmet Square on Jan. 12.

Top German prosecutor met the Turkish prosecutor in charge of investigation into the bombing as well as deputy chief prosecutor for Istanbul. He held "consultation talks" with Turkish judiciary officials, the media reported. Turkey has assured Germany that all details and information about the perpetrator and his accomplices will be disclosed to the German authorities and pledged to ensure a transparent investigation process.

Germany has already dispatched a team of experts from the German Federal Criminal Police in cooperation with the Turkish police as the investigation continues. The country also launched an investigation into suspicions that the suicide bomber deliberately targeted German citizens, according to reports in the German media.

The suicide bomber was identified as Nabil Fadli, 8, a Syrian militant and member of DAESH. Turkish police also detained 17 people last week in connection to the incident, subsequently arresting 10 of them. The latest detentions occurred on Jan. 16. Two suspects were also detained in Şanlıurfa, a Turkish city near the Syrian border where Fadli reportedly entered Turkey. They were arrested yesterday. Most of the suspects are Syrian nationals and Turkish media sources have reported that one suspect linked to the Syrian regime's intelligence services remains at large.
Last Update: Jan 22, 2016 4:10 pm
RELATED TOPICS