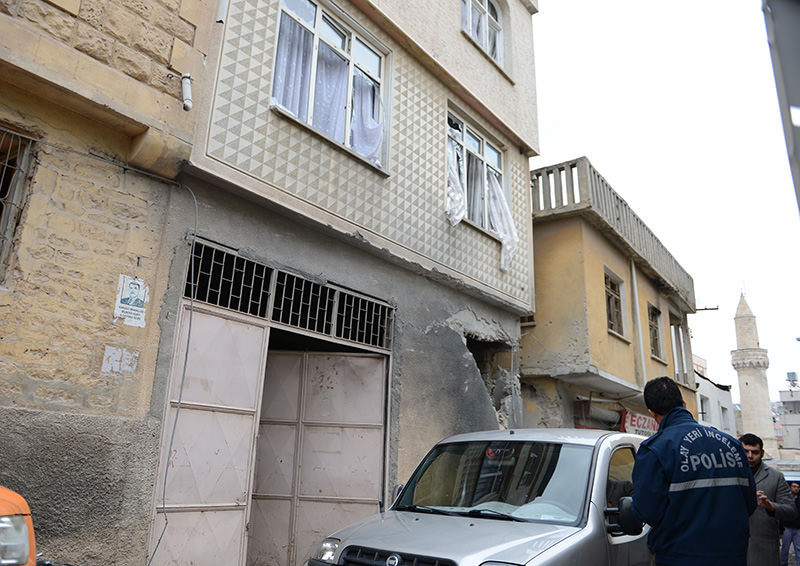 by daily sabah Jan 23, 2016 12:00 am
A rocket fired from the Syrian side of border hit a house in Turkey's southeastern province of Kilis, wounding two people.

It is estimated that the rocket was fired in the Azaz district of northern Syria, which is partially under Daesh control.

The rocket struck a house in Karaali neighborhood located at the city center of Kilis, which is located approximately 10 kilometers north of the border. Windows of many buildings located in the neighborhood shattered due to the blast.