Top businessman Mustafa Koç to be laid to rest Sunday 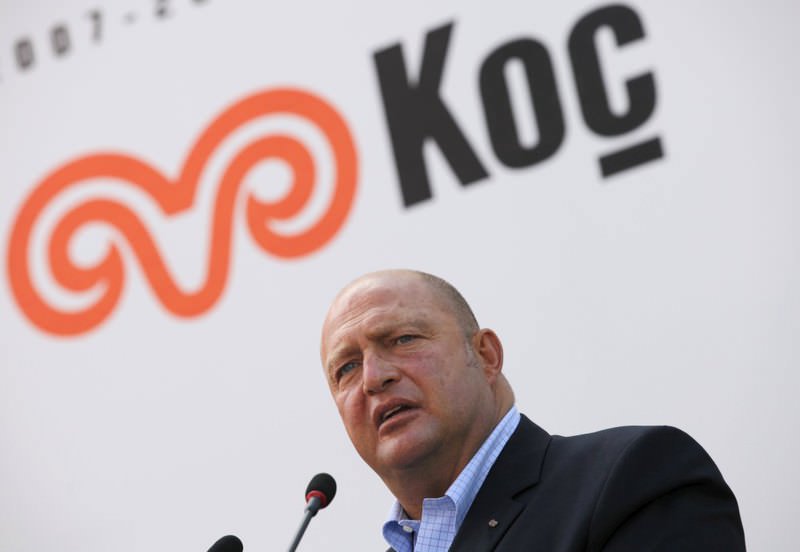 Mustafa Kou00e7 died on Thursday at the age of 55 from a heart attack while he was doing his morning exercises.
by Daily Sabah with Reuters
Jan 23, 2016 12:00 am

One of Turkey's most prominent businessmen and the late CEO of Koç Holding, Mustafa Koç, will be laid to rest on Sunday, with funeral prayers held at Tatbikat Mosque on the Asian side of Istanbul

One of Turkey's most prominent businessmen and the late chairman of Koç Holding, Mustafa Koç, will be laid to rest on Sunday. After funeral prayers at the Marmara University Faculty of Theology's Tatbikat Mosque in Altunizade on Istanbul's Asian side following noon prayers, he will be buried at the family plot in Zincirlikuyu Cemetery. A previous statement by Koç Holding had announced that the funeral prayers would be held at Teşvikiye Mosque.

Koç, 55, died on Thursday after a heart attack. Koç's businesses, which range from energy and automobiles to banking, account for nearly 10 percent of Turkey's national output and include five of its 10 largest companies.

Koç collapsed while exercising and received emergency treatment from a trainer and a guard, according to the Beykoz State Hospital, where he was first taken. It said his heart was not beating when he arrived and efforts to resuscitate him began before he was transferred by helicopter to American Hospital, a facility run by the Koç family foundation, in central Istanbul. "Despite all the efforts of the doctors, we lost Mustafa Koç as a result of a heart attack that he suffered at home," an official told reporters outside American Hospital.

Shares in Koç fell as much as 5 percent after the news of his death, and were down 2.8 percent by late afternoon, while the main Istanbul share index was 1.5 percent weaker.

Writing on his Twitter account, United States ambassador to Turkey, John Bass, described Koç's death as "a great loss for Turkey and all his friends around the world."

Koç was the grandson of Vehbi Koç, who founded the group in 1926, just three years after the modern Republic of Turkey was established out of the ashes of the Ottoman Empire. That year, Vehbi Koç had taken over a grocery store from his father in the capital, Ankara, and later become the local representative of foreign companies such as Ford Motor Co. and Standard Oil.

In a statement, Ford Executive Chairman Bill Ford described Koç as an "outstanding business leader" and a close friend. "His family and mine have a special relationship that goes back to Henry Ford and Vehbi Koç. I will miss him personally and professionally," Ford said.

Koç joined the family business after graduating from George Washington University in the U.S. with a business degree in 1984. In 2015, Forbes magazine ranked him as Turkey's 26th richest person, putting his individual net worth at $1.05 billion. The magazine said his father and two of his aunts are also billionaires.

Koç Holding companies account for 9 percent of Turkey's exports and 18 percent of the total market capitalization of the Borsa Istanbul stock exchange, according to an investor presentation by the group that was given this month.

Among its companies are oil refiner Tüpraş, automotive manufacturer Ford Otosan, car maker Tofaş and appliance maker Arçelik. Koç had been chairman since 2003.