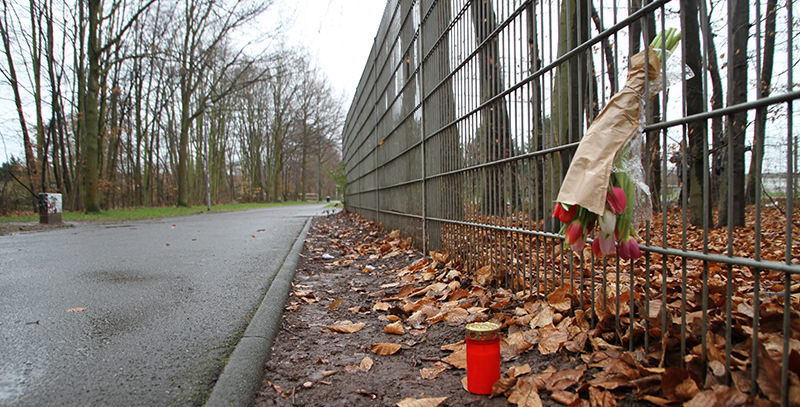 A bouquet of flowers laid by Gizem Peker's friends on the street where she was killed (AA Photo)
by Daily Sabah Feb 01, 2016 12:00 am
A 20-year-old Turkish woman was killed by her German boyfriend near her house in Cologne, Germany on Saturday. The incident comes amid growing concerns over violence against women in Germany.

According to reports, Gizem Peker, a 20-year-old student attending Aachen University, was stabbed to death by her German boyfriend in the Ostheim district of Cologne. Media reports said the young woman was on her way to her parents' home for the weekend after she arrived from Aachen when the boyfriend, who she reportedly recently separated from, stopped her and started stabbing her. 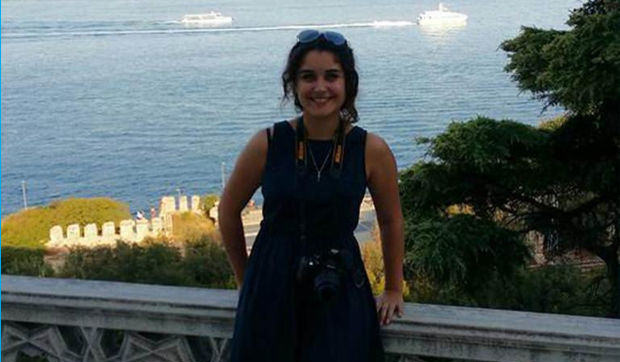 The boyfriend was arrested and put in jail while the body of the young woman, whose family hails from Turkey's eastern city of Elazığ, was handed to the parents following an autopsy. The police did not disclose the identity of the suspect, a 21-year-old man. German media outlets quoting police sources said the suspect was unable to get over the separation and attacked Peker. Officials said the victim suffered from multiple wounds in her upper body and the attack took place in a secluded area.

Peker's friends on Sunday left flowers on the street where she was killed.

According to Germany's Federal Ministry of Family Affairs, one in seven women in the country experiences sexual violence, while one in four women experiences domestic violence.

In 2014, Tuğçe Albayrak, a 22-year-old Turkish girl in Germany was hailed for her courage after she stood up to three Serbian assailants who harassed two German girls at a restaurant she was eating at with her friends in Offenbach city. As she was leaving the restaurant after confronting the assailants, one of the attackers brutally beat Albayrak. She lapsed into a coma for two weeks and was declared brain dead on Nov. 26.