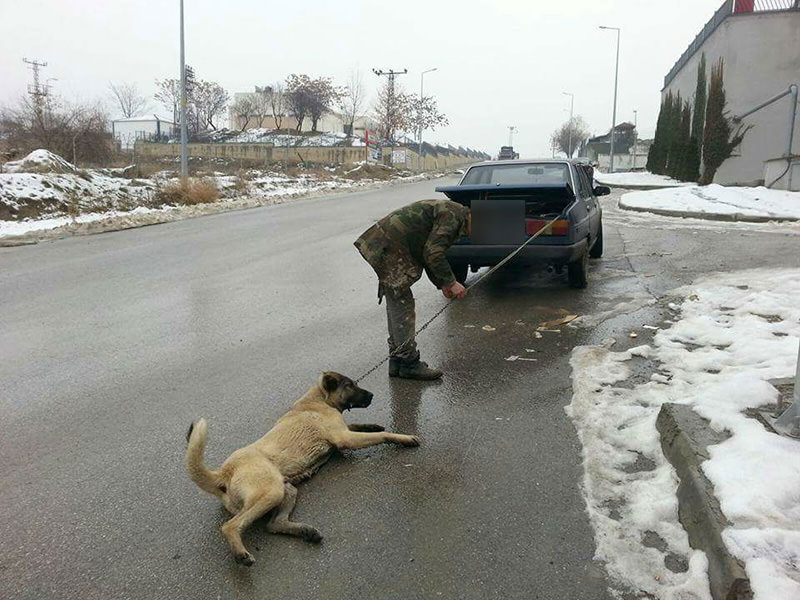 | IHA photo
by Daily Sabah Feb 01, 2016 12:00 am
Photographs of a dog dragged behind a vehicle by his owner, caused uproar on Turkish social media.

The pictures were allegedly taken by an animal lover in the capital Ankara.

After Ankara residents saw the heartbreaking situation of the Kangal breed dog, being roped to the back of the car from his neck, they immediately notified the police. 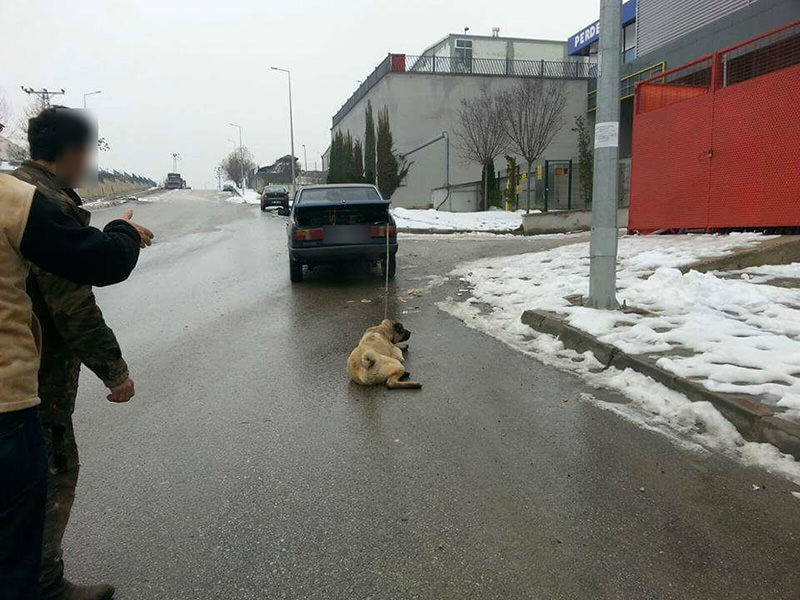 The owner allegedly told the locals who asked why he was abusing the dog, "Isn't the dog mine? I can take him out for walking however I want. I have just recently brought my Kangal breed dog from Sivas [The Kangal is a breed of large livestock guardian dog, originates from the central Sivas city of Turkey]. I am making him walk this way so that his legs are stretched."

Many social media users said, "The man is torturing the animal. We should collectively file a complaint against this man by applying to the ministry of forestry and water affairs [responsible for the protection of animals in the country.]" 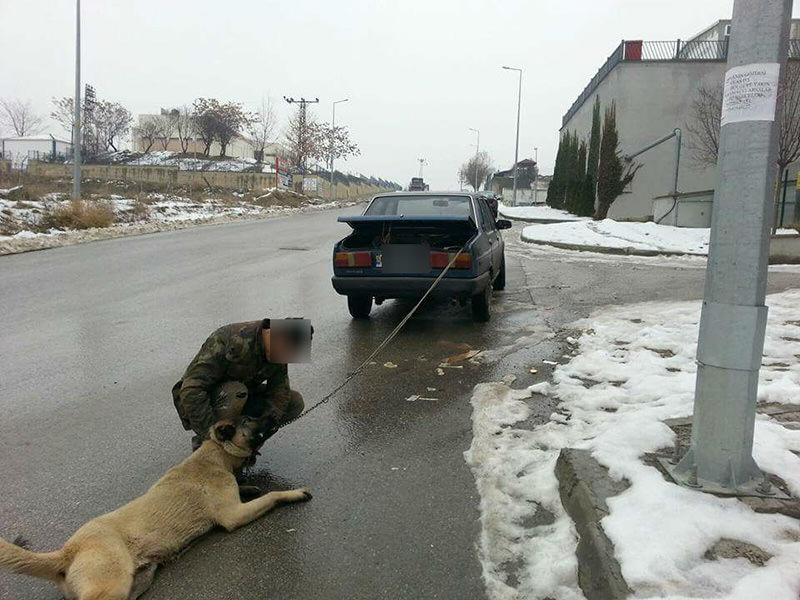 Police were reported to have taken the owner's statements, as the animal lovers demanded that the dog be taken from him and given to a shelter.
Last Update: Feb 01, 2016 3:14 pm
RELATED TOPICS