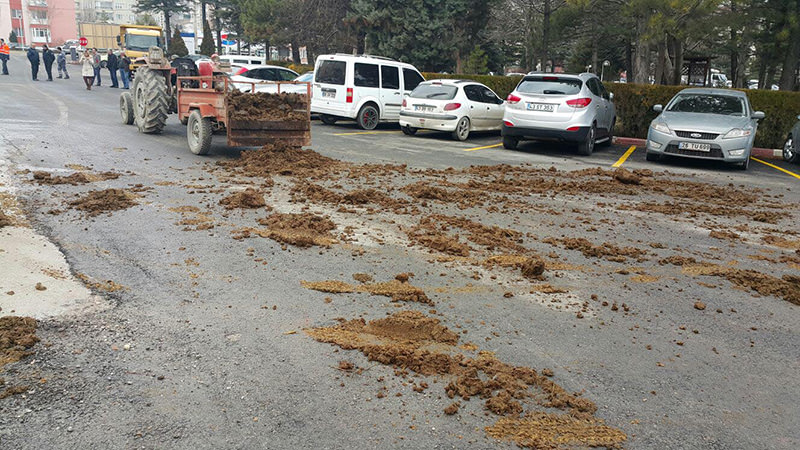 by Daily Sabah with DHA Feb 03, 2016 12:00 am
An angry farmer living in Turkey's central city of Kütahya dropped trailer loads of manure in front of the provincial administration building, a bank and a post office to protest various issues. 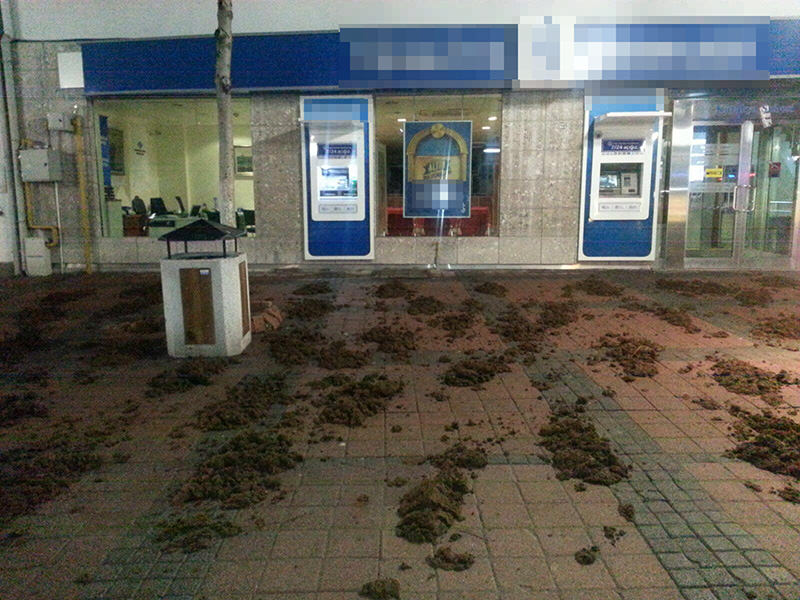 Living in a village near the city center of Kütahya, Halil Kabak, 39, arrived in city center on early Tuesday with manure loaded on the trailer of his tractor and dropped some of it in front of a bank branch, reportedly due to the bank's refusal to grant him the requested amount of the loan.

Kabak then moved on to Special Provincial Administration building and dropped the remaining manure there. This time, his motive was reportedly over a decision to demolish his barn because it was unlicensed.

Police units were notified and Kabak was arrested, and he was released by the court pending trial. 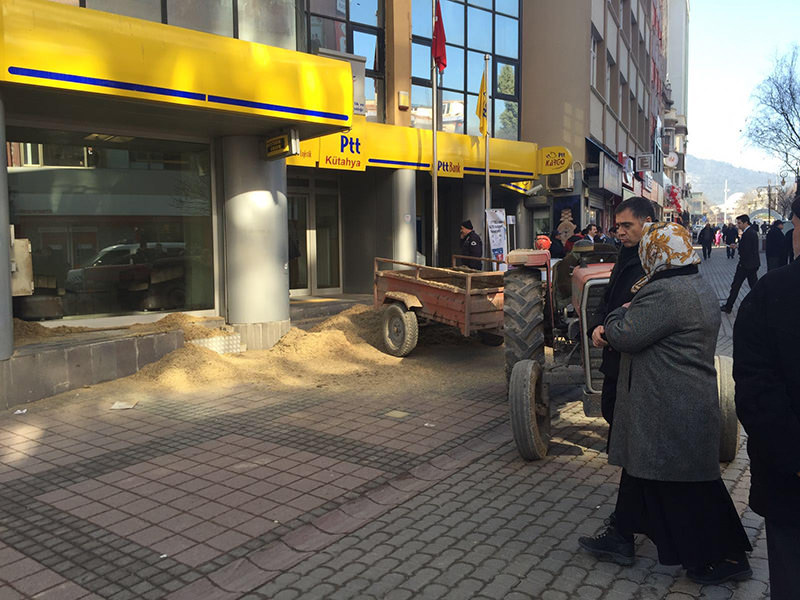 Following his release, Kabak again arrived in city center on Wednesday, this time dropping the manure in front of the post office. While he was being arrested by police units, Kabak told reporters that he is protesting the cargo unit of the post service. He said that he ordered a mobile phone from a company, which was offered as a gift, and the package delivered by cargo contained thrash. 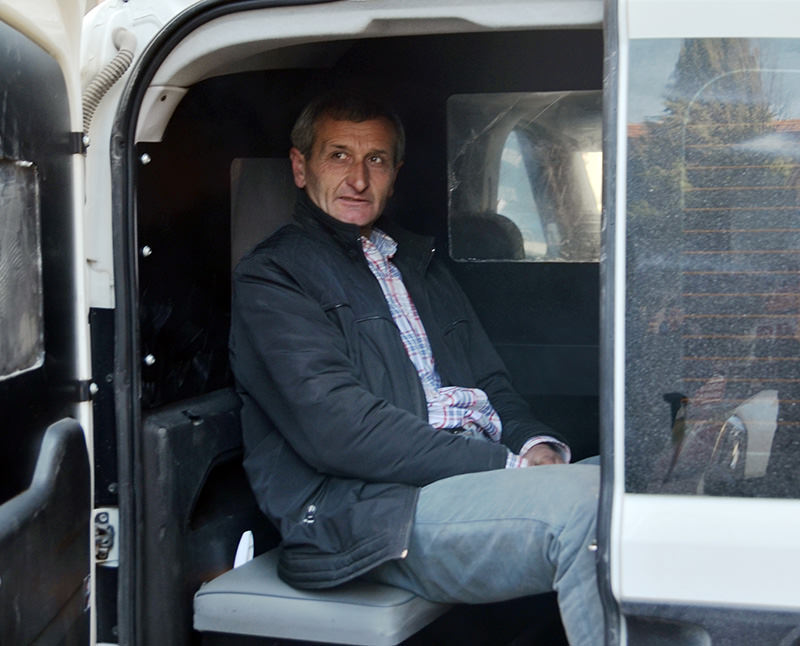 "They gave me trash and I returned their garbage. They serve as an intermediary for scammers. Yesterday I also protested against the bank," Kabak said.