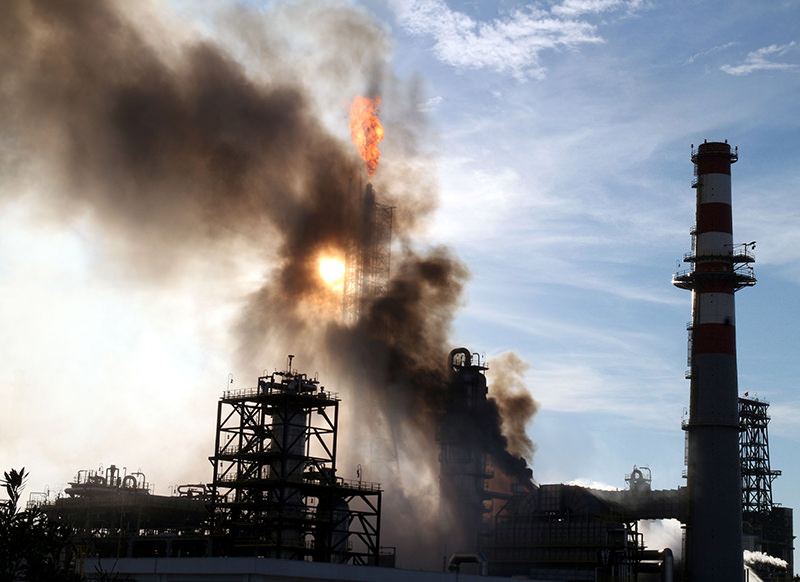 The fire has partially been taken under control and technical teams are still working to put the fire out.

Production at the refinery has not been halted.

Refinery workers and residents in nearby areas were evacuated from the scene immediately as a large number of firefighters were dispatched to the area.

Tüpraş made a written statement in the day that said the fire had broken out at 3:15 p.m. on due to a failure in technical equipment.

"Our operations are continuing with no interruption," a spokeswoman for the company said. Television footage from Doğan News Agency showed large plumes of dark smoke curling up from the plant, located in the town of Izmit.

The refinery can process around 11 million tonnes of crude per year and has a storage capacity of 2.91 million cubic meters. Izmit Bay is also a key shipping hub for Turkey's crude imports.