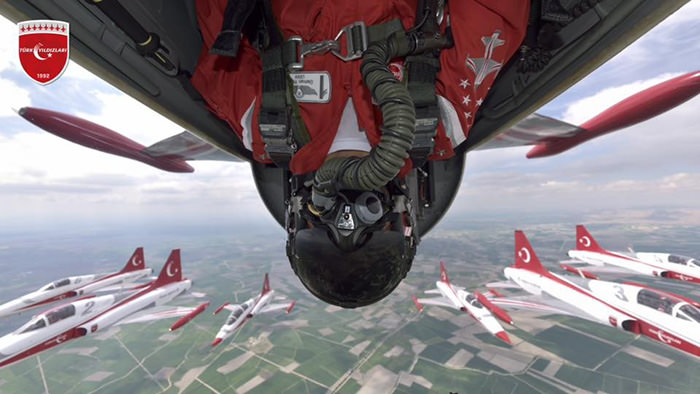 by Daily Sabah Feb 04, 2016 12:00 am
Turkish Air Forces aerobatics team, The Turkish Stars, continue to share breathtaking images from their practice runs, lastly was a 'selfie' that one pilot took during an upside-down flight showing the team of seven jets.

The selfie photo received thousands of 'likes' on social media after it was shared on Facebook, with a caption saying, "This is the best till we make the better... Maybe not! But we always have a move to make 'the best'!"

The team (Türk Yıldızları), which perform during many national events in Turkey, are the aerobatic demonstration team of the Turkish Air Force and the national aerobatics team of Turkey.