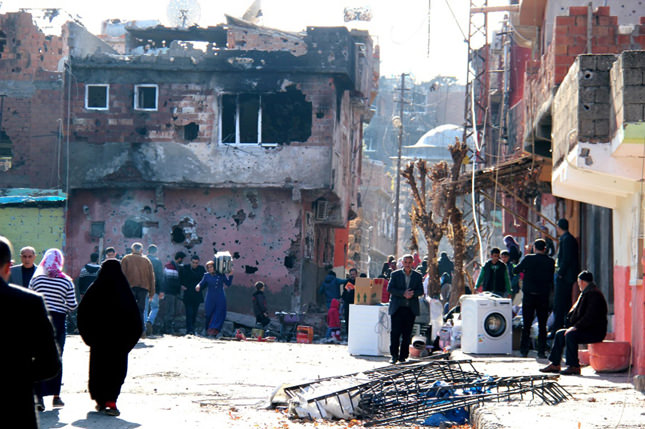 by Anadolu Agency Feb 05, 2016 12:00 am
At least two Turkish soldiers were killed in an operation against the terrorist PKK organization in southeastern Turkey, according to the military Friday.

The Turkish General Staff said in a press release that two soldiers were killed in an armed attack by terrorists in the central district of Sur of Diyarbakir province.

Three other soldiers were wounded and taken to hospital, the statement said, adding that one was in critical condition.

The PKK, also considered a terrorist organization by the U.S. and the EU, resumed its 30-year armed campaign against the Turkish state in late July 2015.

Since then, more than 250 members of the security forces have been martyred and thousands of PKK terrorists killed in operations across Turkey and northern Iraq.