Around 35,000 Syrians arrived at Turkish border in 48 hours 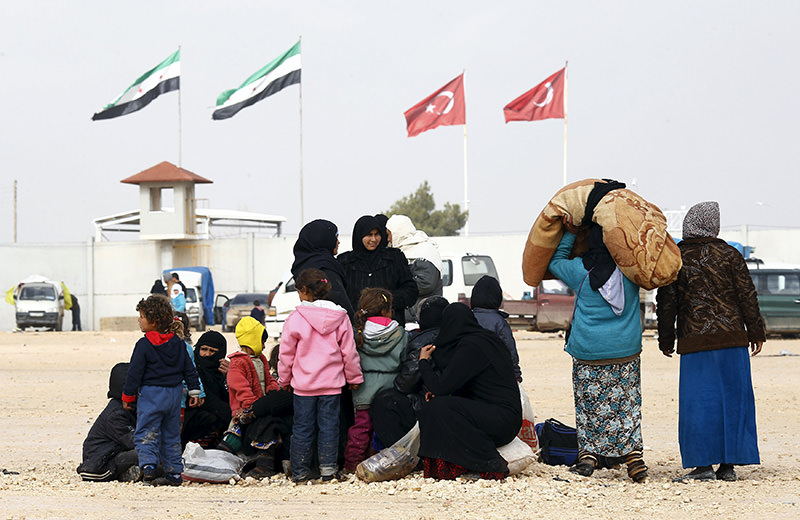 by Daily Sabah with Reuters Feb 06, 2016 12:00 am
Around 35,000 Syrian refugees have arrived at the Turkish border near the southern city of Kilis in the last 48 hours and are being accomodated at camps on the Syrian side of the border, Süleyman Tapsız, the governor of Kilis province said on Saturday.

Tapsız also told reporters at the Öncupınar border crossing near Kilis that another 70,000 Syrians could be expected if Russian air strikes and military advances by the Syrian regime continued.

"We have been providing 60,000 refugees with aid in 8 camps across the border for the last 3 years and are increasing our capacity," Tapsız said.

"Our doors are not closed, but at the moment there is no need to host such people inside our borders," he said, adding that the refugees had been given food, blankets and tents.