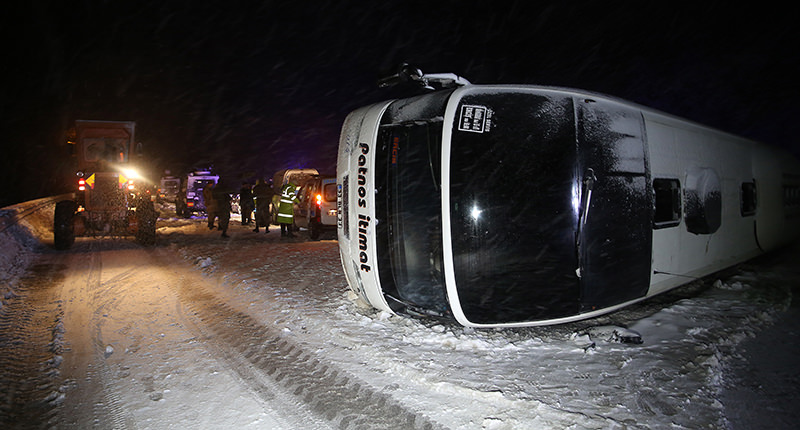 by Anadolu Agency Feb 07, 2016 12:00 am
Two passenger buses have rolled over after sliding on an icy road in the central Anatolian province of Kayseri, leaving 69 passengers wounded, Turkish health officials said Sunday.

One of the buses rolled over on the roadside on Kayseri-Malatya Highway due to ice in a blizzard, police sources said. Fourteen passengers were wounded.

The other bus, which was heading to the southeastern Malatya province from Kayseri, overturned and 55 passengers aboard were injured.