Turkish city nominated for Nobel Prize due to hospitality for Syrians 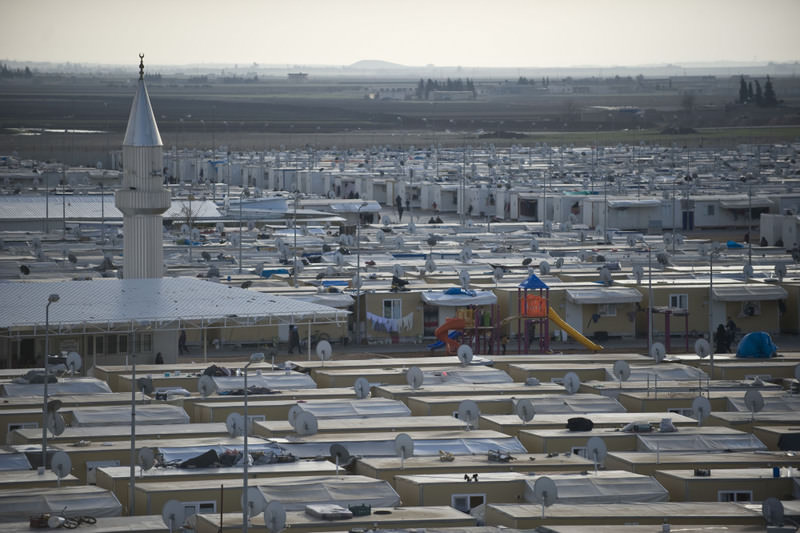 Kilis, a small city on the border with Syria, has been nominated for the Nobel Peace Prize for embracing at least 12,000 Syrian refugees. Ayhan Sefer Üstün, a lawmaker from the AK Party where he serves as a deputy chairman, said he nominated Kilis to make the city's exemplary treatment of refugees known around the world

Kİlİs, a city located some 10 kilometers from the Syrian border, was naturally one of the first destinations for tens of thousands of Syrians leaving their homeland wrecked by an ongoing civil war. What followed was something rarely seen in cities receiving refugees en masse in the world. Despite the waves of refugees flocking to the city, the residents did everything they can to help them and was never intolerant of those new residents. This is what drove Ayhan Sefer Üstün to nominate the city for the Nobel Peace Prize. Üstün, a lawmaker and deputy chairman for human rights of the ruling Justice and Development Party (AK Party), said he wants the city's efforts to be recognized around the world.

With a population of 129,000, Kilis is home to 120,000 Syrian refugees, and this number may further increase as a new wave of refugees arrives due to the aggravation of the Syrian conflict. In a letter to the Nobel Prize committee, Üstün said the city is exemplary in terms of reaching out to refugees. "We think that a civilized society hosting a population as populous as itself is the greatest and most noteworthy case for world peace today," Üstün argues in his letter. "People share their jobs, houses, trades and social spaces [with Syrian refugees]. I suppose that such an example of an act of mass peace does not exist in the world," he wrote to the committee that oversees the prestigious prize last delivered to the Tunisian National Dialogue Quartet for building a pluralistic democracy in Tunisia.

"What would happen if 2.5 million refugees, who fled the war, would come to Paris where 2.5 million people live? What would the British think and do if 3 million refugees, who fled the war or natural disaster for shelter, came to London, which has a population of more than 3 million? What would their criteria for tolerance and understanding be in such a case?" Üstün asked in his nomination letter.

Speaking to Daily Sabah, Üstün said Kilis stands out as a city with almost no instance of any hostile behavior toward Syrians. On the contrary, it "opened its doors wide for peace and brotherhood with Syrians. In a world ruined by wars, such examples of peace should be awarded," Üstün said.

One of the reasons motivating him to nominate the city for the coveted prize was examples of aid to Syrians in other countries. "We have seen reports that a Greek lady from an island where refugees arrive was nominated just because she gave water to a refugee family arriving on the island. All of a sudden, Greece rallied behind her, with lawmakers and senior officials drumming up support for her nomination. We certainly appreciate her efforts, but then there is the case of Kilis, taking care of 120,000 people since the conflict began without a single incident of hostility. The people of Kilis are writing history. Certainly, Turkey will go down in history as a country treating those refugees in the best way it can, but we would like to single out this city to highlight their efforts," he said.

Turkey is home to more than 2.5 million refugees from Syria, making it the host of the largest displaced Syrian population in the world, as the country to the north of Syria is the nearest destination for millions fleeing the war. Only a small fraction of them - 269,672 according to the Prime Ministry's Disaster and Emergency Management Authority (AFAD) - live in refugee camps while others live on their own in cities all across the country, from border cities like Kilis to Istanbul in the northwest. Turkey has been praised for its hospitality toward refugees, especially for state-of-the-art refugee camps and continuous humanitarian aid to the refugees. The country has spent at least $8 billion for refugees since the conflict began in 2011 and nationwide aid campaigns to help Syrians both in Turkey or internally displaced in Syria garner billions of Turkish liras. Save for a few isolated cases of unrest a few years ago in cities heavily populated with refugees, Syrians in the country have not faced any acts of intolerance.

This is certainly in stark contrast to Europe where a rising tide of Islamophobia and racism is further fueled by the flow of refugees. Germany, for instance, has been at the center of criticism for randomly tagging refugees as suspects in mass sexual assaults during New Year's celebrations in Cologne. "Of course, there can be criminals among refugees, but you cannot generalize and blame millions of refugees. If there is a crime, then there are laws and they would be punished. Blaming all refugees is really merciless," Üstün said. He added that refugees in Turkey can also commit crimes, but reiterated that it is wrong to defame the overall refugee population. "Those branding refugees as criminals and not treating them well will be remembered with shame while Turkey will be remembered as a good host after this crisis is over," he added.
RELATED TOPICS