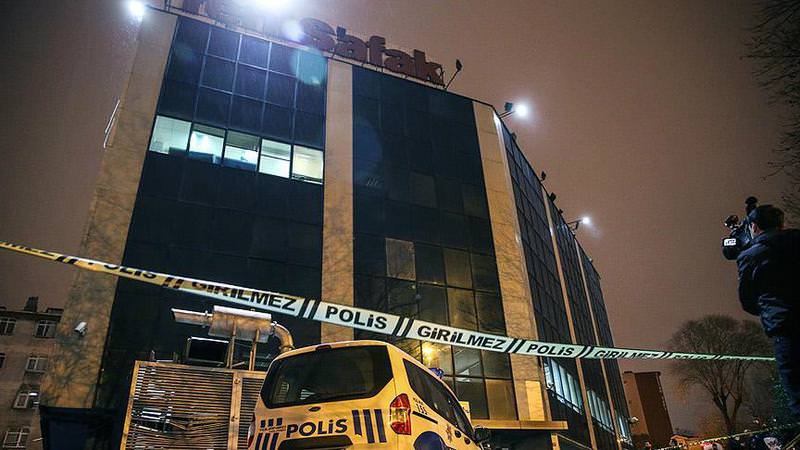 The other group attacked the Yeni Akit building with similar weapons in Istanbul's Küçükçekmece district, also on the European side of Istanbul. Several vehicles in the parking area were damaged by Molotov cocktails, police said.

A small-scale fire was extinguished at the Yeni Şafak building by security personnel.

No injuries or deaths have been reported in the incident.

Police and firefighters teams have been dispatched to the scene of the attacks and police have closed the area for the investigation.

"Violence against journalists is always unacceptable. A free and diverse press is essential to democratic society. We defend Yeni Şafak and Yeni Akit's right to print and report without fear of reprisal, as we do every journalist's," he said.

The Media Association, which Yeni Şafak daily is a member, condemned the attacks in a statement.

"These attacks, which aim to remove freedoms of expression and thought, and to hinder journalist to perform their professions by terrorizing them, will not reach their target today as it was in the past. As the Media Association, we offer our get well wishes to Yeni Şafak and Akit dailies.

We expect the security forces to shed light on the incidents, bring the assailants to the justice and take the necessary measures for these kind of attacks not to take place again.

We invite our citizens, press associations, journalists, politicians and NGO representatives to be in full solidarity with the attacked newspapers," the statement read.
Last Update: Feb 11, 2016 1:59 pm
RELATED TOPICS