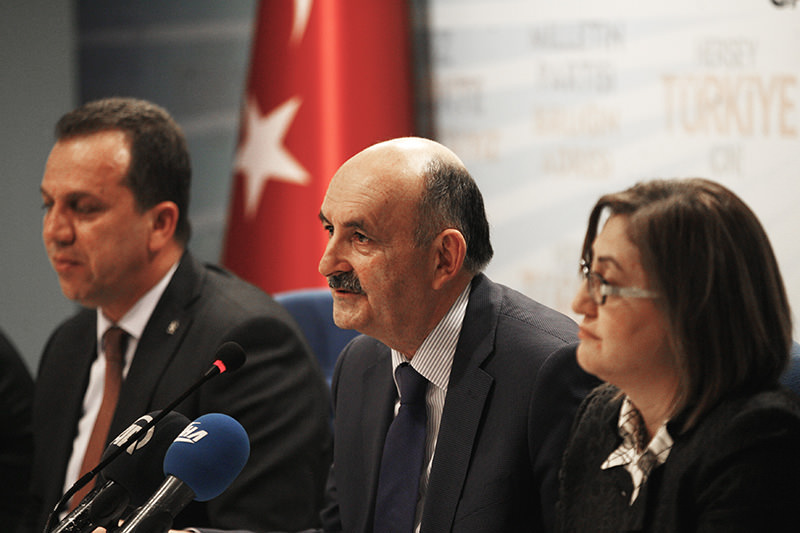 | AA photo
by Daily Sabah Feb 12, 2016 12:00 am
At least five health personnel have been killed since PKK terrorist organization resumed its armed campaign in July, the Health Minister Mehmet Müezzinoğlu said on Thursday. The minister also said that over 30 ambulances have been damaged amid clashes between security forces and the PKK in the southeastern Turkey.

The minister made the comments in southeastern Gaziantep province during a region evaluation meeting. The meeting was attended by the top health officials of nearby provinces.

Following the meeting, the minister held a press conference, answering the reporters' questions on how terror events in the region affected health personnel.

"During the clashes, more than 30 of our ambulances were damaged. The number of, what we call 'health martyrs', increased to more than five when a bomb was planted in a car in the town of Uludere [by the PKK]," the minister said.

Two people were killed and one was injured, all of whom were civil servants, when a makeshift bomb planted in a car by the terrorist PKK organization went off in the southeastern town of Uludere in Şırnak on Feb. 9.

Müezzinoğlu said that the Turkish state will -within the shortest time- ensure an environment throughout the country in which "no one will have arms in their hands except security forces."

"Peaceful, secure streets will be ensured. We will provide the necessary circumstances within the shortest time for our citizens there to get health services, in all parts of the country," the minister said.

The PKK's latest attack on health personnel was on Friday, as they opened fire on an ambulance located at a gas station in the district of İdil in Şırnak.

An employee at the gas station was also injured and was later taken to a nearby hospital by the personnel of the shot ambulance, reports also said.