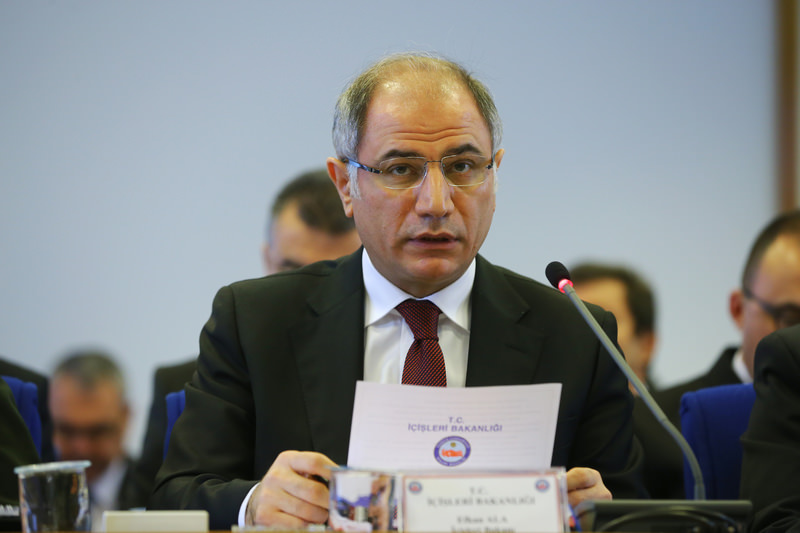 by Daily Sabah Feb 14, 2016 12:00 am
Turkish Minister of Interior Efkan Ala detailed ongoing anti-terror operations in the southeast in a statement he made in the Parliament's Planning and Budget Commission on Sunday.

Stating that 2.040 ditches and barricades have been removed and 2.313 improvised explosive devices (IEDs) planted by the PKK terrorists have been defused so far by Turkish security forces in southeastern Silvan, Varto, Derik, Dargeçit, Sur, Cizre and Silopi districts, Ala said "Weaponry including 830 long-barreled PK machine guns and sniper rifles have been seized. 47 rocket launchers, 645 rocket launcher ammo, a thousand improvised explosive devices, 431 hand grenades and 98.650 of ammunition have also been confiscated by our security forces,"

Ala said the curfews in Cizre, Sur and Silopi districts are still in progress due to ongoing security operations and efforts to defuse bombs planted by the PKK terrorists.

Adding that the bombs pose a serious threat against the civilians and security forces in the region, "Naturally, it takes time to eliminate such threat. The security operations are near the end, so the curfews will soon be lifted," he concluded.

The PKK is recognized as a terrorist organization by Turkey, the U.S., and the EU.

Formed in 1978, the terrorist group which also aims civilians in its attacks had been fighting the Turkish government for an independent state until the early 2000's. The group then shifted its goal to autonomy in predominantly Kurdish inhabited regions of Turkey.
Last Update: Feb 14, 2016 11:47 pm
RELATED TOPICS