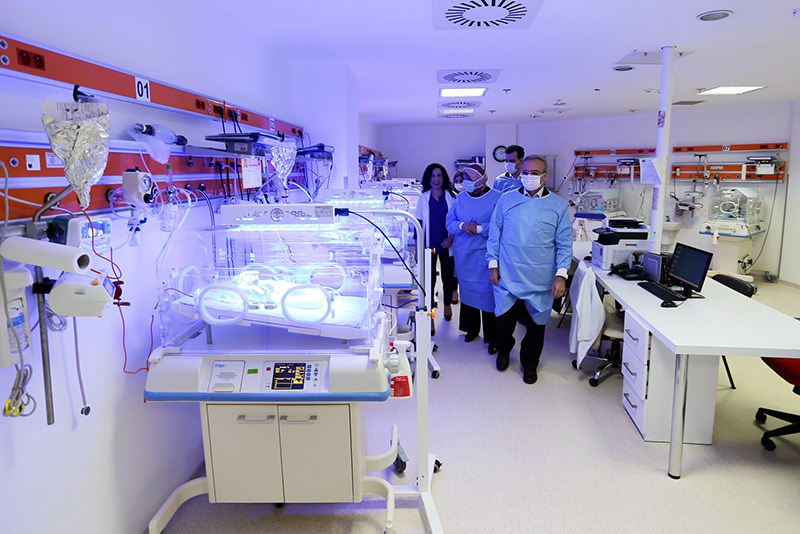 | IHA photo
by Daily Sabah Feb 15, 2016 12:00 am
A 28-year-old mother gave birth to quintuplets on Friday in the western province of Bursa, naming one of the girl-babies after President Recep Tayyip Erdoğan's deceased mother, Tenzile.

Hatice-Fatih Yılmaz's newborn five daughters are the second quintupled born babies of Turkey, while the incident marked the couple's second birth, after their three-year-old girl.

The father Fatih told the reporters, "We had thought about the name of one of our children before. We will name her after our President Recep Tayyip Erdoğan's deceased mother, Tenzile, whereas we will name the others Hiranur, Havva, Berfin, and Rabia. 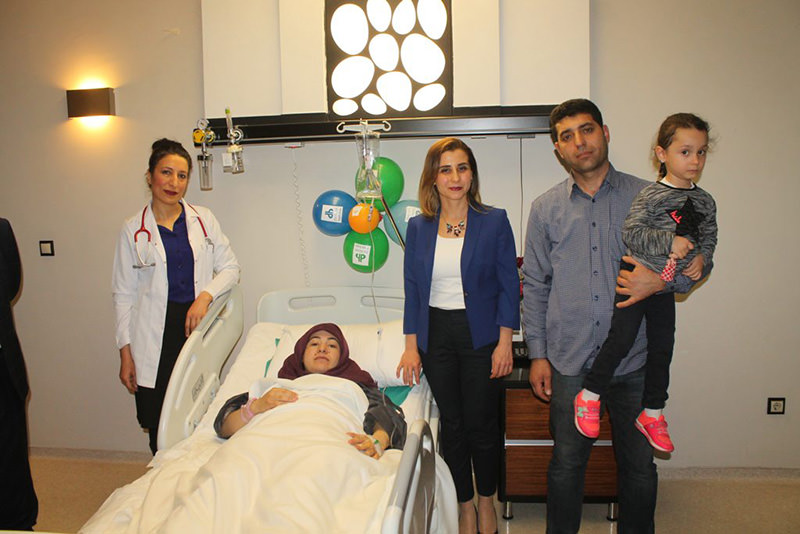 The five newborns, who were delivered via a C-section, weigh from 800 gr to 1.2 kg, according to first reports.

The family was transferred from a hospital in the eastern city of Ağrı to Bursa, since the latter city offered more adequate conditions for the babies to be delivered.

The couple said they were a bit "shaken" economically due to the quintuplets and were "expecting help from officials."
Last Update: Feb 15, 2016 12:11 pm
RELATED TOPICS