PM Davutoğlu: We will never step back from our fight against terror 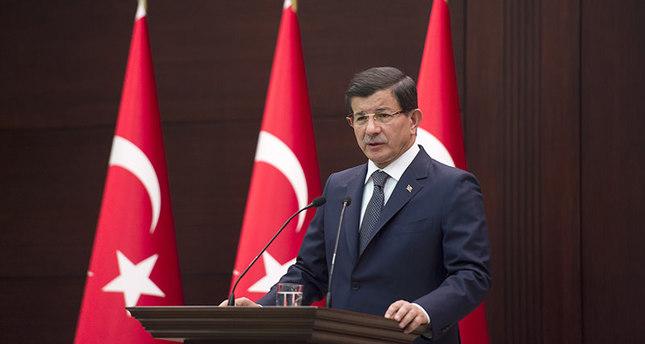 by Daily Sabah with AA Feb 17, 2016 12:00 am
Turkish Prime Minister Ahmet Davutoğlu said Turkey will never take a step back from its "just fight" against all terrorist organizations.

The premier was speaking after a terrorist attack hit military-owned vehicles in central Ankara on Wednesday evening, killing at least 28 people and wounding 61 more.

"Our nation which has long been the targeted by terrorism but weathered several storms by further closing ranks will overcome these hard circumstances in dignity and solidarity against these attacks," he said in a statement after attending a security summit chaired by President Recep Tayyip Erdoğan at Ankara's Presidential Palace.

Davutoğlu noted that Turkey stands united with "all 78 million citizens" in the face of terror and violence, allowing nobody to override Turkey's rights.

"Those who mounted and instigated the atrocious attack that targeted our country, great nation and democracy will never attain their aims," he added.