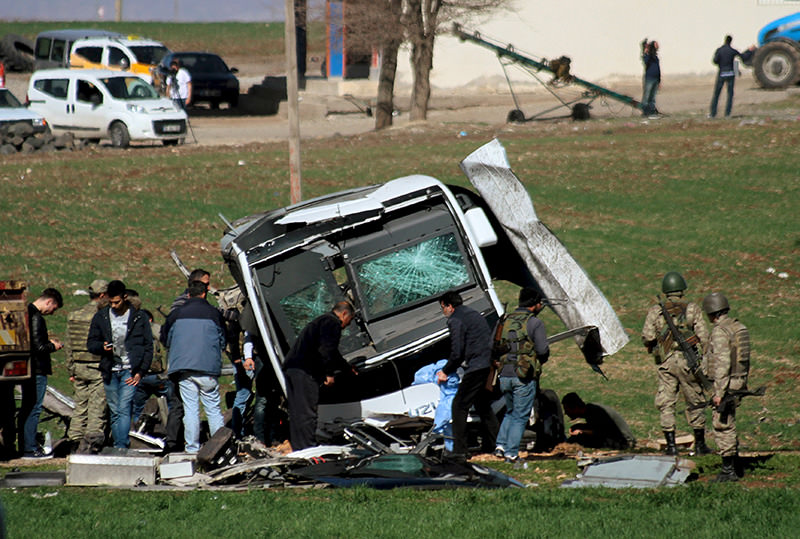 Soldiers and security officers stand next to damaged military vehicle detonated by remote control (Reuters)
by Compiled from Wire Services Feb 18, 2016 12:00 am
An explosion hit a military convoy in Diyarbakır province, located in southeastern Turkey, on Thursday, killing six soldiers while seriously wounding one, Turkish military said, a day after a car bomb attack in the Turkish capital of Ankara killed 28 people.

Media reports said the explosion hit the convoy on the highway linking Diyarbakır, the largest city in the southeast, to the district of Lice.

The bomb was reported to be detonated via remote control by members of the PYD-affiliated PKK terrorist organization.

Parts of southeastern Turkey have been the focus of counter-terror operations and military curfews since December 2015.

The PKK, considered a terrorist organization by Turkey, the U.S. and the EU, resumed its 30-year armed campaign against the country in late July 2015.
Last Update: Feb 18, 2016 5:22 pm
RELATED TOPICS