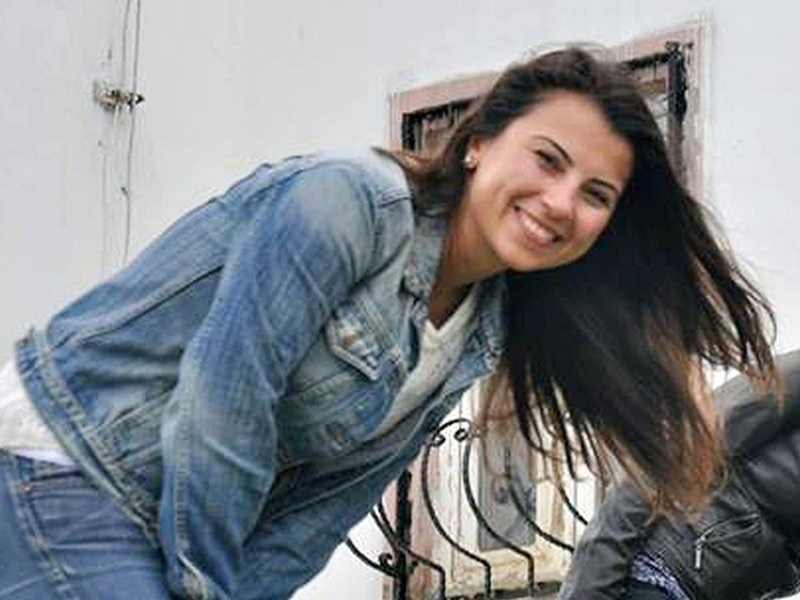 | IHA photo
by Anadolu Agency Feb 18, 2016 12:00 am
Turkish reporter Gülşen Yıldız was among those killed in Wednesday's bomb attack in the Turkish capital, her employer announced on its website.

The car bombing that killed at least 28 people and injured scores in the heart of the Ankara.

The 32-year-old female reporter, who was in a Ministry of Food, Agriculture and Livestock vehicle at the time of the terrorist attack, succumbed to her injuries at the hospital despite medical interventions.

Gülşen had been working for Web Tarım TV, which is affiliated to the Turkish Ministry of Food, Agriculture and Livestock, for about four years.

One of Gülşen's co-workers, who wished to remain nameless, said that they were at the scene when the terror attack occurred.

"We could not understand how the explosion occurred. Everything happened in an instant," the co-worker said. "When the explosion happened, I checked myself and the people around me and I started to help the injured people. I saw Gülşen first and she was in a critical condition. A military ambulance arrived at the scene first and we carried Gülşen to that ambulance."

"She was bleeding in her ear. That scene is still right before my eyes."

Another of Yıldız's co-workers, Nigar Polat, said that she still could not believe what had happened in Ankara.

"Gulsen was a smiling person and giving positive energy to everyone. She was trying to think positive and she was softhearted. She cried a lot after Turkey's deadliest terrorist attack in Ankara train station and could not gather herself. But terror killed her one day," Polat said.

Turkish capital Ankara was targeted by twin suicide bombings on Oct. 10, when 103 people were killed in an attack on protesters gathering outside the city's main train station for a peace rally. The attack was attributed to Daesh.

The remains of Gülşen Yıldız will be buried in her hometown, in the southern Turkish province of Kahramanmaraş's Elbistan district.

Prime Minister Ahmet Davutoğlu said Thursday that the Ankara terror attack was carried out by a PYD/YPG suicide bomber from Syria in collaboration with PKK.
Last Update: Feb 19, 2016 1:02 am
RELATED TOPICS