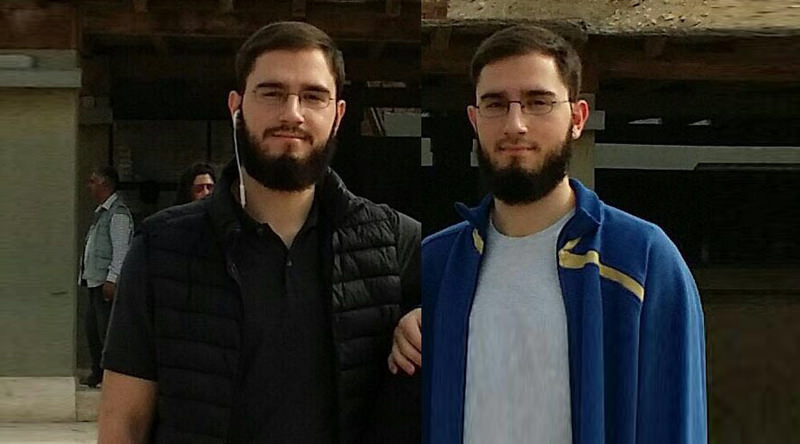 by Daily Sabah Feb 18, 2016 12:00 am
Two Turkish students have disappeared after they were arrested by Egyptian police forces on early Sunday from their residence in Cairo, a London- based human rights group reported Thursday.

Two brothers, Mücahit and Cihat Kırtoklu, both 21, were living in Cairo to study Arabic language to join Al-Azhar University when they were arrested by Egptian forces and taken to an unknown location, the Arab Organisation for Human Rights (AOHR) said.

Hikmet Kırtoklu, the father of the missing brothers, told AOHR that he received a phone call from one of his colleagues that his sons were arrested by Egyptian police forces on early Sunday, on February 14, 2016. The two brothers have been missing for four days.

The organization pointed out that the recent incident raises fears that a case similar to the murder of Italian student Giulio Regeni might occur while calling on the United Nations to intervene to ensure the immediate release of the Turkish brothers.

Italian student Regeni, 28, disappeared on the fifth anniversary of Egypt's Jan. 25, 2011 uprising, and his body turned up days later with marks of torture. Egypt's Interior Ministry has denied security forces were involved in his death and said he was never detained by police.

After the military coup in Egypt in 2013, authorities under President Abdel-Fattah el-Sissi rule have started to waged crackdowns against Muslim Brotherhood members, then left-wing activists and finally against broader dissent. Anyone voicing criticism can come under condemnation in the media, harassment or prosecution by authorities or detention or even forced disappearances. Rights groups have documented hundreds who have disappeared, most of them later turning up in police custody, though police deny the practice takes place.
Last Update: Feb 20, 2016 1:29 pm
RELATED TOPICS