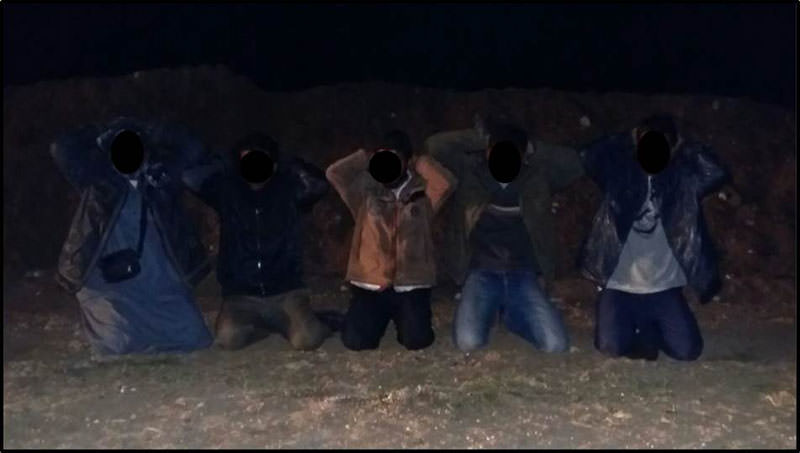 Taken from Turkish Army's website
by Daily Sabah Feb 21, 2016 12:00 am
The Turkish Army announced on Sunday that 29 people suspected of involvement with Daesh, including 14 children, were detained while they attempted to cross into Turkey from Syria late on Saturday.

The nationalities of the detainees, who attempted to sneak across the border into Turkey's Kilis province, were not disclosed.

Turkey has listed the group as a terrorist organization since 2013. So far, more than 3,300 suspects have been investigated for links to Daesh and other extremist groups.
Last Update: Feb 21, 2016 5:11 pm
RELATED TOPICS