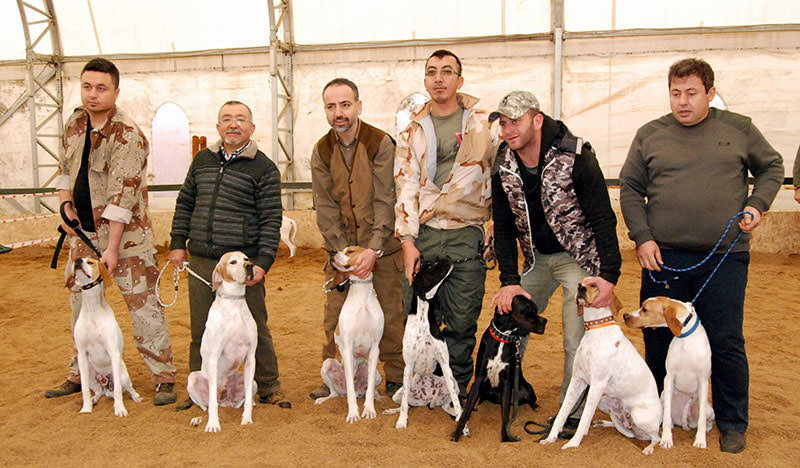 | IHA photo
by Daily Sabah Feb 21, 2016 12:00 am
A total of 71 dogs from 17 breeds competed in Turkey's southeastern province of Gaziantep on Sunday to be crowned the most beautiful dog of the country.

The contest, organized by the Dogs Breed and Kinoloji Federation (KIF), drew heavy attention, according to the Federation's president, Ümit Özkanal.

Not only locals but also dog owners from different parts of the country such as Adana, Kahramanmaraş, İstanbul, and Ankara participated in the contest, the Federation president said, adding that the turnout has been increasing since three years ago, the first year of the competition.

The result of the contest is expected to be announced late Monday.
Last Update: Feb 21, 2016 3:22 pm
RELATED TOPICS