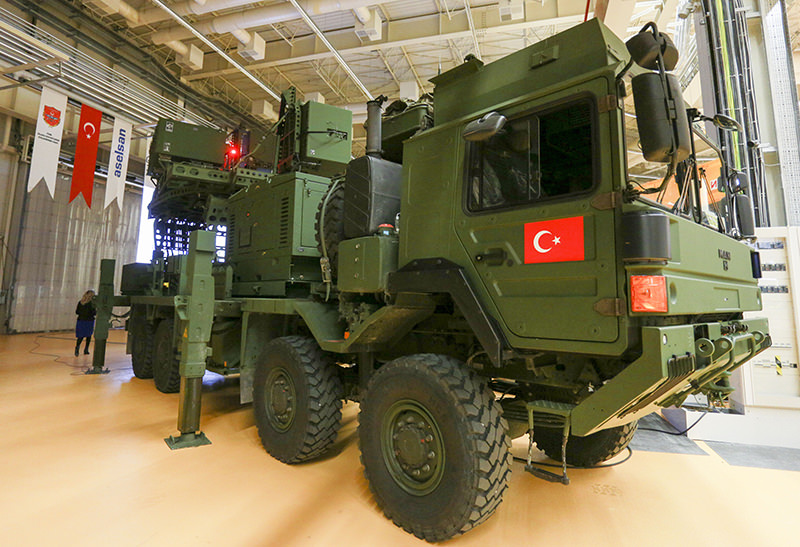 ASELSAN has locally produced the KORAL warfare system which willbe used by the Turkish Air Force and will be able to jam hostile radars. (AA Photo)
by Anadolu Agency Feb 22, 2016 12:00 am
Turkey's leading defense system producer ASELSAN has handed over its newly developed and locally produced land based radar electronic attack system called KORAL to the Turkish Air Force.

A handing over ceremony was held at the defense company's Golbasi facility in capital Ankara, which was attended by Abidin Ünal, commander of Turkish Air Force.

The transportable attack system has the capability to jam, deceive and paralyze hostile radars.

It also "analyses multi-target signals and automatically or manually generates an appropriate response," according to ASELSAN.

"We are happy that we developed this system -- which a limited number of countries in the world have, in their inventories -- for our army though our domestic possibilities," the defense company's General Manager, Faik Eken, said during the ceremony.

Defense Industry Undersecretary İsmail Demir highlighted the importance of electronic systems amid crises in the world.

"We've seen how important electronic warfare is in the recent wars," he said, adding: "We have full determination to continue existing efforts to equip our security forces with the most modern weapons".

Turkey has increased its efforts in recent years to eliminate dependency on external suppliers for its defense industry.