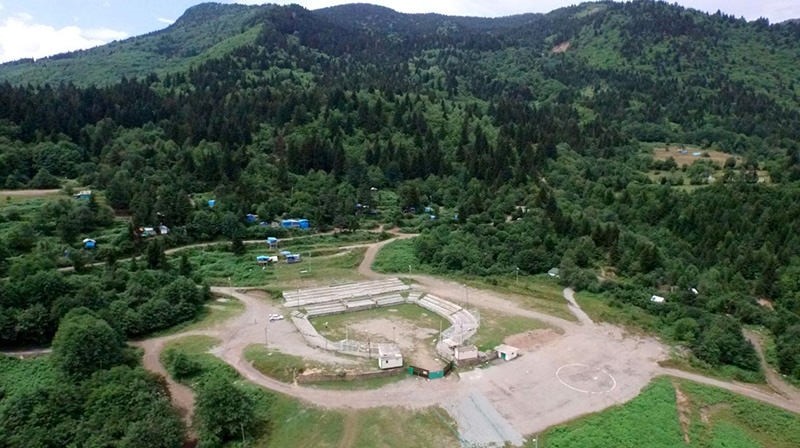 Prime Minister Ahmet Davutoğlu ordered the construction of a copper mine in northeastern Turkey to halt until a court decides on its fate, following days of protests. Davutoğlu received representatives of protesters in Ankara on Wednesday and discussed the planned mine in Cerattepe, a district in the northeastern province of Artvin.

The site of the proposed copper mine has seen a string of riots for days over by protesters who argue that the mine, owned by a private company, would substantially damage the lush environment surrounding the mountain.

The prime minister, flanked by several cabinet ministers and deputies, met representatives of the Green Artvin Association, the nongovernmental organization which spearheaded protests ongoing since last week, meeting as well with academics and community leaders to discuss the issue.

Quoting Prime Ministry sources, Anadolu Agency said Davutoğlu ordered construction at the site to cease until a court concludes a lawsuit filed by protesters against the mine, after the two-hour meeting.

The government has repeatedly downplayed concerns that the construction of the mine and extraction of copper in Cerattepe would harm the environment, arguing that the mining company was prohibited from conducting open-pit mining operations.

Fatma Güldemet Sarı, Minister of Environment and Urban Planning, told reporters on Wednesday that all measures had been taken to prevent harm to the natural environment, but that "provocateurs" amongst the protesters were trying to "incite riots." Sarı said the copper extracted from the mine would be transported by cable cars, and thus no new roads would be built in the area.

Additionally, Sarı argued that underground mining work would be carried out at the mine, avoiding harm to the environment. "These are detailed in the Environmental Impact Assessment Report – a report that serves as a permission document issued to businesses in mining and other sectors with activities that could potentially harm the environment. However, opponents of the mine claim the mining would 'melt the (Cerattepe) mountain' and have incited people to take a stand against it," Sarı said.

"Certainly, all necessary measures are taken for any project located in the heart of nature. My ministry will monitor if the company complies with commitments to not damage the environment, and we warn them or issue sanctions if they fail to comply," Sarı said.