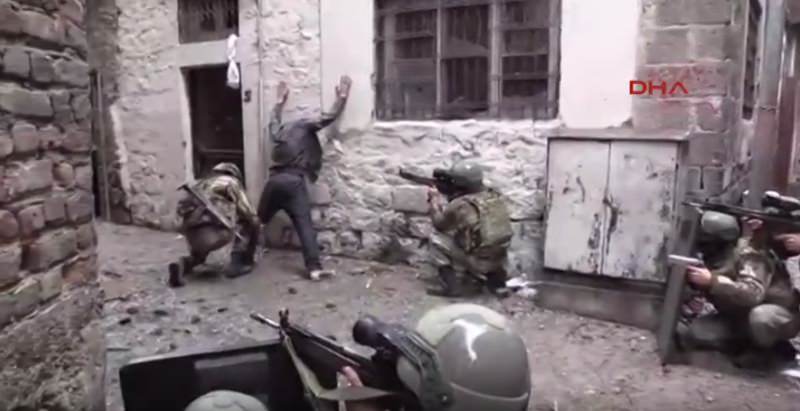 One soldier was killed on Feb. 23 during operations conducted against the PKK in the Sur district.

The soldier was heavily wounded in an armed attack by PKK militants and later succumbed to his injuries in hospital despite all efforts by medical teams.

Diyarbakır Governor's Office said in a statement on Feb. 23 that civilians willing to leave Sur due to the ongoing clashes would be provided evacuation assistance by the security forces.

"Starting from 16:00, all kinds of ease will be provided by our security forces to civilian citizens who want to evacuate their homes if they notify which region they are leaving from," said the statement.

Diyarbakır's Sur district has been under curfew since Dec. 2, 2015 as security forces have been engaged in an all-out counter-terrorism operation in the region against the PKK.

The PKK, considered a terrorist organization by Turkey, the U.S. and the EU, resumed its 30-year armed campaign against the country in late July 2015.